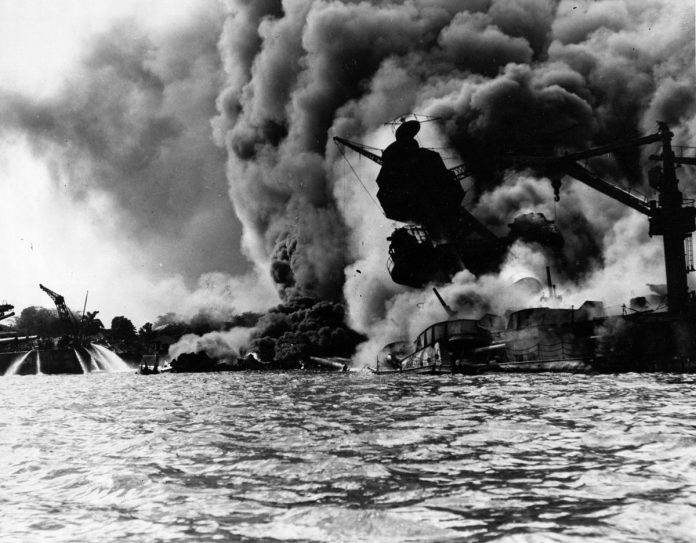 The American Legion Post 346 welcomes the community to attend the annual Pearl Harbor Day ceremony Dec. 7 at 11 a.m. on the Spring Street Bridge in Hardy.

A welcome will be given by Commander Richard Sackett followed by an invocation by Arrie Goodwin, the pledge of allegiance and the singing of God Bless America.

The speaker for the event is Richard Breitenfled and the ceremony tossing of the wreath will follow.

Thirty seconds of silence will be observed for those who paid the supreme price on Dec. 7, 1941 and for all others whose lives were taken during the growth of our nation.

“On December 7, 1941, Japanese planes attacked the United States Naval Base at Pearl Harbor External, Hawaii Territory, killing more than 2,300 Americans. The U.S.S. Arizona was completely destroyed and the U.S.S. Oklahoma capsized. A total of twelve ships sank or were beached in the attack and nine additional vessels were damaged. More than 160 aircraft were destroyed and more than 150 others damaged,” documents from the Library of Congress state. “A hurried dispatch from the ranking United States naval officer in Pearl Harbor, Admiral Husband Edward Kimmel, Commander in Chief of the United States Pacific Fleet, to all major navy commands and fleet units provided the first official word of the attack at the ill-prepared Pearl Harbor base. It said simply: AIR RAID ON PEARL HARBOR X THIS IS NOT DRILL.”

The following day, congress declared war on Japan ushering the United States in to WWII.