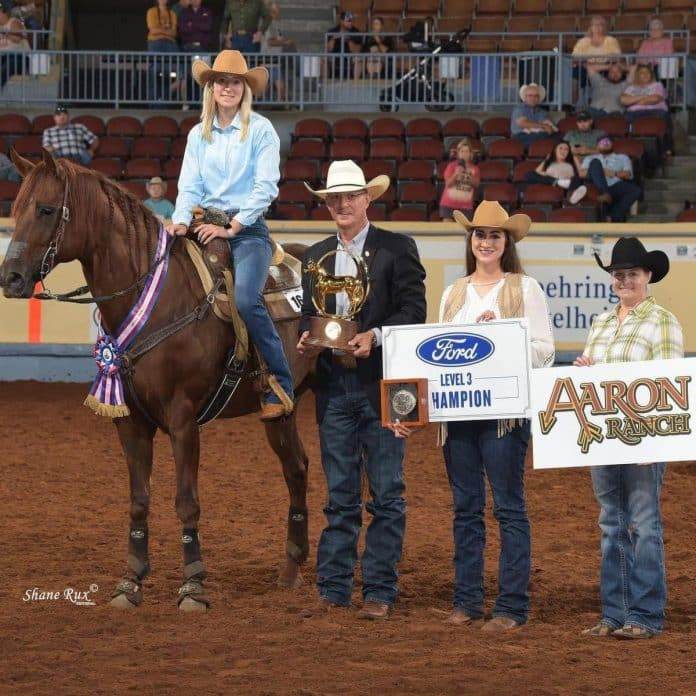 In addition to participating in the recent AQHYA show, Cornelius also serves on the board for the organization.

According to the association’s website, the Arkansas Quarter Horse Association was founded in 1961.

“Dr. W.J. Cargile was in charge, acting as the contact person.  Dr. Cargile appointed himself President to get ArQHA established.  Dr. Cargile was show manager of the state’s first AQHA show in the late 1950’s and early 1960’s.  This show was held during the state fair each year.  A year or so later, Cliff Packer, an auto dealer in Benton/Little Rock, who was interested in cutting horses, organized some AQHA shows with Dr. Cargile.  Other outside interest began to pick up with other rural residents of our state who had interest in horses.  Wayne Stroup from Searcy was in the construction and excavation business but had horses and cattle in White County.  He was also on the State Fair board and was the first elected president of the newly formed ArQHA.  The Association maintained itself for the next few years and took on its own identity when Wayne Boyter became president in 1967 through 1976.  Wayne organized shows, established the youth association, published association guidelines and rules and organized the first Youth World team.  Cindy and Tom Hoffman were the first Youth advisors. The Youth World was held at the old fairgrounds in Tulsa, OK,” the website reads.

To learn more about the organization visit https://arkansasquarterhorse.com.