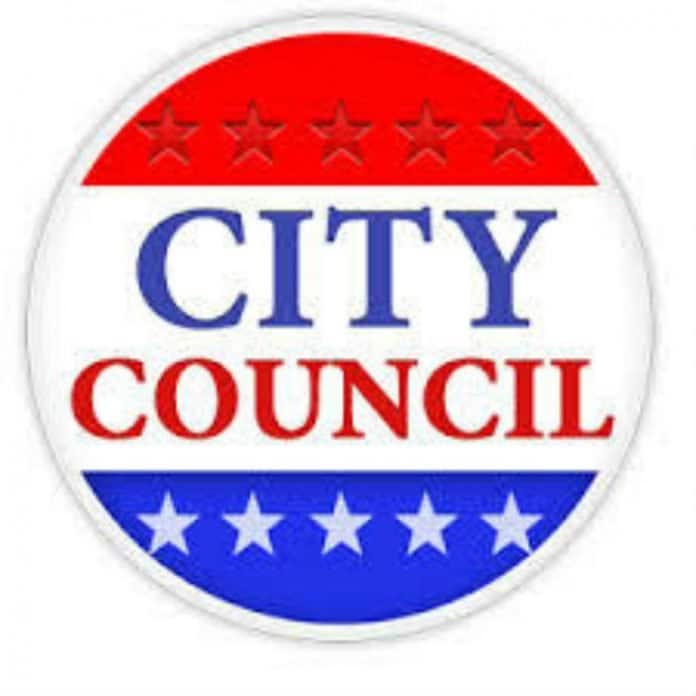 The meeting opened with department reports. The first presented was by Fire Chief Stacey Horton.

“This report is from Feb. 4 to March 3. We have had 32 calls since our last meeting, 14 medical calls; four vehicle accidents; three grass fires; five public assists and six false alarms,” Horton said.

The next report delivered was by Police Chief Steve Powell who told the council his department had responded to 93 calls during February.

“We also conducted 84 traffic stops; served 10 warrants; issued 44 citations, 76 warnings; seven accidents; investigated six thefts; eight arrests; unlocked five vehicles and responded to three alarms. We also put in for a BLOC grant for $2,500 and made some changes to our phones,” Powell said.

The parks, street department and others moved quickly. Work done ranged from moving snow to replacing fencing or repairing equipment.

Council members inquired about needed road repairs as a result of washouts, snowplows or just general wear and tear caused over time.

Code Enforcement officer Bill Myers told the council he had inspected the roughed in plumbing at Tractor Supply, Emerson remodeling and spoke with an unnamed business who would be coming to the area on the West Ash Flat Drive about ADA compliance. He also inspected a building on South Ash Flat Drive which will be used as a real estate closing office.

Councilman Fred Goodwin asked what work had been done in Emerson and when operations might begin.

“They’re going to start up a line in about a month on the right side of the southeast end,” Myers said.

Goodwin said he had overheard a radio broadcast where $1 million or more would be needed for roof repair.

“I talked to them about it this morning and it is about $1.5 million or so. They’re going to start on it soon. They let the contrast on it last night,” Myers said.

Library Manager Susan Funnell was next to speak to the council.

“The state library has warned us to take the Dr. Suess books off the shelves that are not going to be published anymore. In case you’ve not all heard, people are stealing and selling them for profit. We didn’t have any of those books so we didn’t have to take them off the shelf,” Funnell said. “We’re gearing up for our summer reading program… The library is hosting a book signing on March 20, featuring Mark Gordon who has written a cookbook called The Flatlander’s Redneck Epicurious Cooking with Mark Gordon and Friends,” Funnell said. “We look forward to hosting this event and think there will be a lot of people here for this one.”

Following reports, the council moved on to new business beginning with the 2020 sewer audit.

Mayor Larry Fowler said the city passed with flying colors and commended the ladies who had worked to ensure a successful audit.

The next item was a sign permit for the Partz Store which has relocated to a building behind Crossroads Baptist Church. The sign permit was approved.

The next permit request was to replace an existing sign for Smooth Sailing Incorporated. It too was approved.

“I know we’ve already complimented the guys on the snow removal, but that is a long hard job. It is hard on equipment and hard on men. I appreciate all city employees and what they did for the community,” Fowler said.

The Ash Flat City Council meets the second Tuesday of each month at 6 p.m. at the Ash Flat Fire Department until further notice.