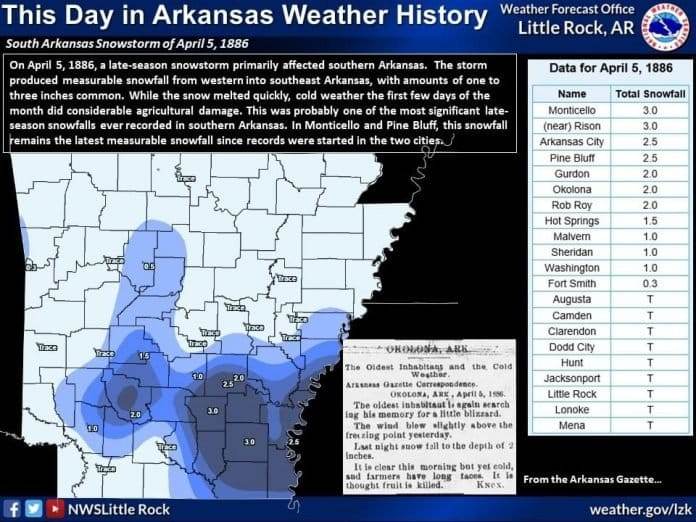 On this day in 1886… a late-season snowstorm primarily affected southern Arkansas. The storm produced measurable snowfall from western into southeast Arkansas, with amounts of one to three inches common. While the snow melted quickly, cold weather the first few days of the month did considerable agricultural damage. This was probably one of the most significant late-season snowfalls ever recorded in southern Arkansas. In Monticello and Pine Bluff, this snowfall remains the latest measurable snowfall since records were started in the two cities.