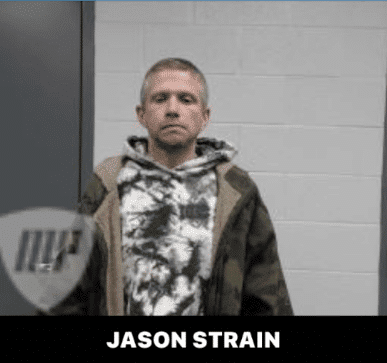 Additional charges have been filed against Jason Strain, 37, of Sidney after he attempted to destroy evidence while in custody at the Sharp County Jail.

Initially, Strain was taken into custody Feb. 18 after it was discovered he had been stealing checks from the residence of an elderly neighbor and forging signatures.

At the time, Strain attempted to cash a check belonging to the 77-year-old victim. Employees at First Community Bank believed the check looked suspicious and contacted law enforcement.

Strain was found in possession of two checks with the victim’s name on them.

Strain was placed under arrest and charged with financial identity fraud, a class B felony; two counts of forgery in the second degree, a class C felony; breaking or entering, a class D felony and theft of property, a class A misdemeanor.

While at the jail, Strain was being dressed out following his arrest. As the jailer was going through Strain’s clothing, a check was from the same victim was discovered in Strain’s back pocket.

When asked what the papers were, Strain stated it was a phone number and began tearing up the paper.

When the jailer tried to get the papers to see what was written on the check, a struggle ensued and Strain was able to flush them down the toilet before the jailer could grab them.

The following day, while taking Strain back to his cell for his first appearance, Strain was speaking to another inmate about the incident the night before.

Strain told the inmate that by flushing the checks, he had saved himself from two more felony charges.

Facebook
Previous articleMan faces felonies after large volume of methamphetamine seized
Next articleI am grieving; how long will this last?