Flashback to the ice storm of 2009 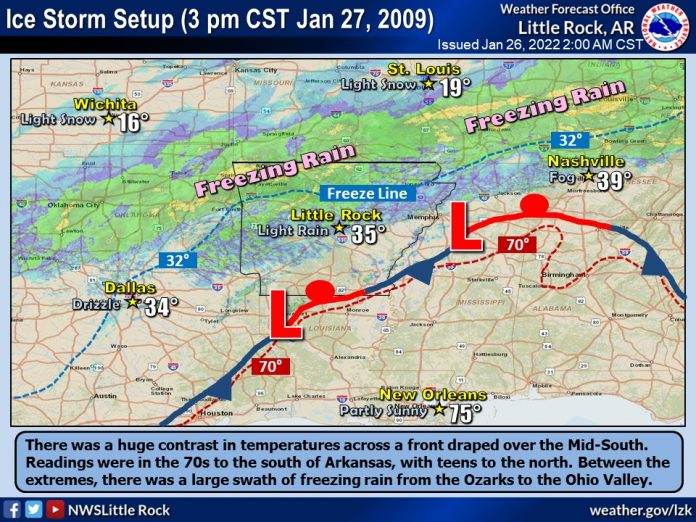 The National Weather Service in Little Rock mentioned that they were in the process of making a forecast this morning. “It’s nothing like thirteen years ago (2009). A major ice storm unfolded in northern Arkansas, and became one of the worst natural disasters on record in the state. While there was ice in the Ozarks, it felt like spring (temperatures in the 70s) along the Gulf Coast.”