Hallmark Times It matters to us, too...
HomeBreakingDouble Murder Mystery Solved
BreakingLaw Enforcement 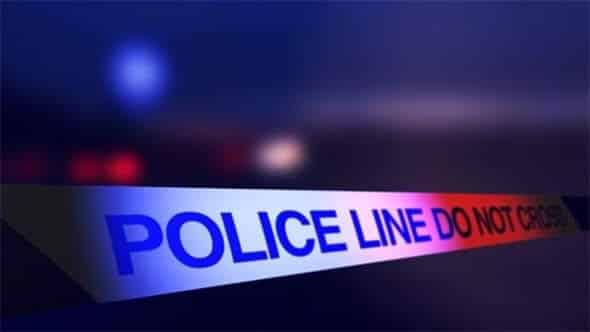 The following press release is a very condensed version of a missing persons investigation that Investigator Dale Weaver started eight months ago. He spent hundreds of hours on this case and the investigation spanned from California to Virginia. This case could have never been solved without Dale Weaver and the Federal Bureau of Investigation as it was very technical and there were so many stories being told that had to be filtered to get to what really happened.

The Fulton County Sheriff’s Department spent thousands of dollars on this case and I’m glad that we were able to close this case as of April 7, 2021. This case ended in a double murder in Alton, Missouri, back in 2002. Angela Mack and her four year old son Mickey Rettew were killed by Clarence Krusen.

It is my hopes that this will bring some closure to the friends and family of Angela and Mickey. My thanks to Investigator Dale Weaver and the Federal Bureau of Investigation who gave us two of their best agents to help resolve this case.

On August 18, 2020, Fulton County Sheriff Investigator Dale Weaver received a message from Missing and Exploited Children in reference to Thomas Michael Rettew. They advised that someone had sent a message stating that Jeremy Neiderbrach had given Thomas Michael Rettew, also known as Mikey and his mother, Angela Mack an overdosed of drugs that kill them, and that they were buried in a grave with another person in the Salem Cemetery and named the person.

During the first 10 days Weaver conducted several interviews with Angela Mack Cox’s friends and family. He learned that Angela had married James Cox on April 10, 2002 and in May 29, 2002 they were involved in an accident where there were three fatalities including an unborn baby. James and Angela were injured, and spent some time in the hospital after the wreck recuperating.

James advised me that after he returned home convalescing from his injuries that his brother Jeremy Cox had picked up Angela and Mikey and took them to Alton, Missouri. He stated that they were later stopped in Alton, Missouri, where Jeremy was arrested for being in possession of a stolen vehicle, and about two weeks later, he received a call from Angela from California wanting to come back home. He stated he hadn’t seen or heard from her since.

Jeremy Cox told Weaver that he picked up Angela and took her to Batesville to see her mother and later that day they went to Thayer, Missouri, and picked up Dale Krusen and the three of them went to Dale’s brother, Clarence Krusen’s farm and help him get up some cattle to take to the sale barn in Ash Flat. After leaving the farm Jeremy was stopped in Alton, Missouri, for being in possession of a stolen vehicle and taken to jail. He stated Angela and Dale Krusen were also taken to the jail and waited for someone to pick them up. He stated he later heard that Angela had sold her son, Mikey, to the Krusen’s. He stated he had known Dale Krusen for a while but did not know Clarence very well.

There were lot of rumors as to what happened to Angela Mack Cox and her four-year-old son Mikey but during the investigation Investigator Weaver learned that Mikey had been seen several times by several different people with Clarence and Barbara Krusen who lived in the Alton, Missouri, area.

We conducted an off-line ACIC/NCIC [Arkansas Crime Information Center/National Crime Information Center] check on Angela Mack Cox and found out that Angela’s mother, Lorna Pool had filed a missing person report with the Poteau Oklahoma Police Department on May 25, 2004. She stated that she had not heard from Angela since December 2002.

She went on to say that the last time that she saw Angela was September or October 2002 and that she last spoke to her before December 11, 2002, while Angela was at Chowchilla, California. She said she seemed herself, she was happy, and had a sense of humor. She told her she was going to be leaving there to go pick up Mikey from Clarence Krusen in Alton, Missouri. She advised that she called Chowchilla a week later because she wasn’t sure when Angela was leaving, and Angela’s friend told her that she had gone to Alton, Missouri to get Mikey. She stated she called Clarence Krusen, and he told her that Jeremy Cox, Angela’s brother-in-law picked up Angela and Mikey.

She advised them that she and her daughter were very close and it was unlike her to go that period of time without contacting her. She said that Clarence Krusen said that Angie was letting him and his wife adopt Mikey. She stated that she heard from her friends, and Mikey’s aunt and several other people that she sold Mikey to the Krusens. She said she had also found out from Rhonda Cox that Jeremy could not have picked up Angie and Mikey because he was in jail at the time.

Weaver contacted Clarence Krusen’s brothers and found out that Clarence and his wife Barbara had moved back to Virginia, in 2004 or 2005. Clarence was indicted by the Missouri State Police and ATF in 2004 for firearms violation and sent to the federal penitentiary for 10 years. After about eight years Clarence was paroled out in Texas and was shot to death on February 17, 2012 in Laredo, Texas by William Henry Johnson.

In October, 2020, Weaver contacted Barbara Krusen who advised that she met Angela Mack Cox in the fall of 2002 while Angela was working for her husband Clarence on their farm. She stated that Angela later brought her four-year-old son Mikey to their house and they kept him for a while, and they later made arrangements to adopt him. She stated that an attorney had drawn up the papers and she and Clarence signed them, and Clarence took Angela to the attorney’s office and got her signature on the papers prior to her leaving for California. She stated while Angela was in Chowchilla, California, she was working at a Burger King and she told Clarence that she had a change of heart, and did not want to go through with the adoption.

Barbara stated that it angered both her and Clarence and she told Angela she needed to come back and pick up Mikey; that she didn’t want to just be a babysitter. She stated they sent Angela the money to come back and she didn’t come, and they sent her either money or a bus ticket the second time. She said she met her at the bus station in Springfield, Missouri, and the following day they went back to the farm and met Clarence and Mikey and stayed there for the evening. She stated that the following morning when she got up Angela and Mikey were gone and that Clarence had told her someone came and picked them up. She stated she did not hear any vehicle come or leave from the residence that night or the following morning.

After interviewing numerous people who had worked for the Krusens and were friends and family of both the Krusens and Angela Mack Cox, Weaver was unable to find anyone who had seen or talked to either Angela or Mikey from the time Angela arrived back at the Krusen’s farm sometime in the late fall or early winter of 2002.

I believed that Barbara Krusen was the key to knowing exactly what happened to them. Weaver contacted the FBI and ask for their assistance in polygraphing Barbara Krusen since she lived in Portsmouth, Virginia and they agreed to do so.

On Good Friday, April 2, 2021, FBI agents Jen Bach and Liza Ladovico with the Norfork Office conducted a pre-polygraph interview with Barbara, and administered Barbara a polygraph exam which she failed in reference to knowing what happened to Angela and Mikey.

In a post polygraph interview, she advised the agents that Clarence had told her that he had done away with both Angela Mack Cox and Thomas Michael Rettew (Mikey) by killing them and destroying their bodies in a furnace that they had attached to their farm house. She stated when they moved from the farmhouse to the house in Alton, that Clarence told her that they had to move the furnace out of there since it was used to destroy both Angela and Mikey’s bodies.

On Wednesday, April 7, 2021, Weaver spoke to Barbara Krusen who reiterated the same information to him stating that Clarence told her that he had killed them and destroyed their bodies in their home, outdoor furnace. She stated when they moved from the farm house, he told her the furnace had to go because of what it had been used for.