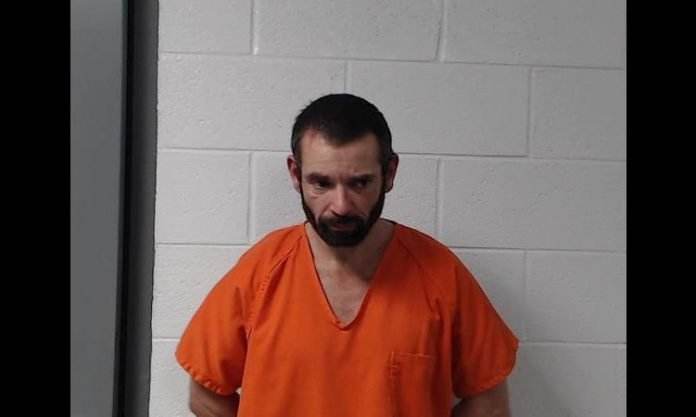 A Sharp County man remains behind bars and is facing several felony charges after becoming intoxicated and stabbing a female victim.

According to an affidavit from the Sharp County Sheriff’s Department, on Dec. 22 authorities were dispatched to 118 Grange Road after receiving a call for help from a woman who said she’d been stabbed.

“My boyfriend just stabbed me, and I need help, he has my debit card and broke my phone,” the victim told authorities when calling for help.

When authorities arrived on scene, they placed Rustin Cantrell, 38, of Cave City in custody. The victim was transported to an area hospital for treatment.

Cantrell is a known felon and prior to being transported to the jail, told authorities he had a firearm inside the home.

Blood was found on the ground between the residence and the vehicle the victim had called for help from.

When officers were able to speak with the victim they were told Cantrell had started drinking earlier that day and while the two were working in a chicken house, he became “ugly”.

The victim said she went outside for a few minutes and then went to sit in a vehicle.

While inside, Cantrell opened the door and began to beat her with his fist and said he was going to kill her before stabbing her in the stomach with a knife.

The victim then took the knife and cut her wrist because she did not believe help would arrive.

Cantrell then told her to get out of the vehicle and get cleaned up or he would kill her. During this time, Cantrell left to cut down a tree and the victim found a phone in the vehicle and was able to call for help.

Cantrell faces charges of possession of firearms by certain persons, a class B felony; domestic battering in the second degree a class C felony; terroristic threatening in the first degree, a class D felony and interference with emergency communications, a class A misdemeanor.