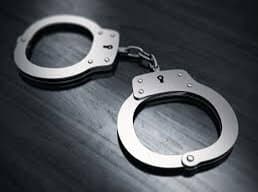 According to the affidavit for arrest, Trooper Philip Gonten was dispatched to a two-vehicle crash on Hwy 62 West of Viola.

When he arrived, the driver of the second vehicle was being transported by ambulance to Baxter Regional Medical Center, however; she had sustained fatal injuries.

Gamble was sitting in the driver’s seat of her vehicle and appeared to have bloodshot watery eyes and difficulty with speech.

She too was transported to Baxter Regional Medical Center to be treated for her injuries.

While at the hospital, she was speaking with the officer who noted Gamble’s responses were “indifferent and she did not know what had happened in the accident,” the affidavit said.

Gamble agreed to submit to a voluntary blood draw and results later showed positive for Cannabinoids.

Gamble was found at fault and has been charged with negligent homicide, a class B felony; misdemeanor driving while intoxicated, driving left of center and careless and prohibited driving.