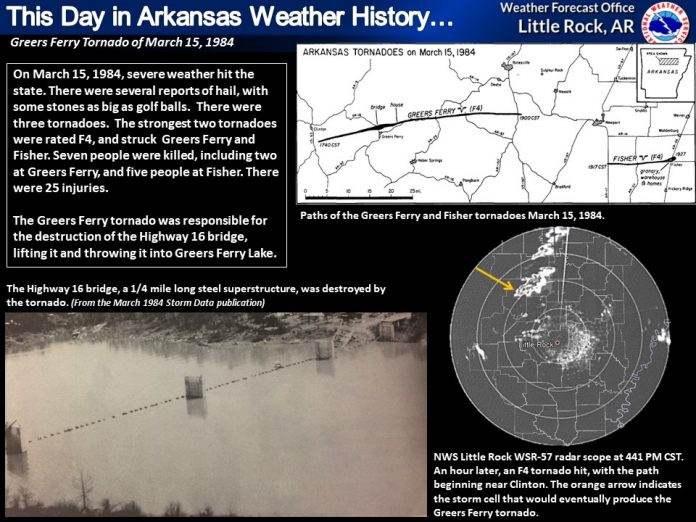 Seven people were killed, including two at Greers Ferry, and five people at Fisher. There were 25 injuries. The Greers Ferry tornado was responsible for the destruction of the Highway 16 bridge, lifting it and throwing it into Greers Ferry Lake. #arwx#wxhistory

Relief on the horizon