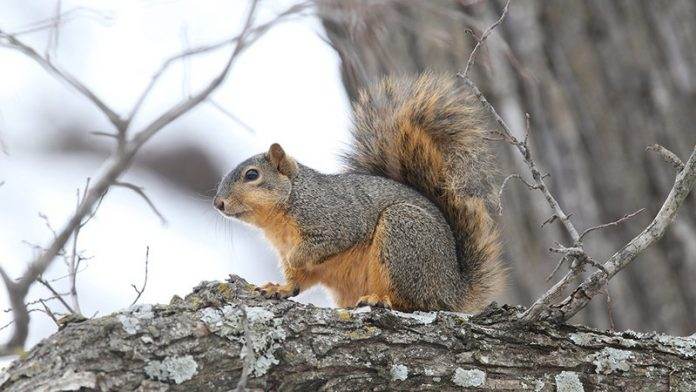 LITTLE ROCK – What is a hunter to do? January is running out. Deer season is over except for a handful of bowhunters looking for a last-chance tag. Duck season also is beginning its swan song for the year, and turkey season is still months away.

Here’s a tip that a good many Arkansans already know. Squirrel and rabbit hunters have the woods virtually to themselves from now through the end of February. Squirrel and rabbit seasons are open, and there is some good hunting to be found across the state. The daily bag limit for squirrels is 12, so getting your limit is an all-day affair, even on the best of days.

Populations of both rabbits and squirrels are good in most parts of Arkansas, and this year should be a banner year for bushytail hunters. The mild winter has prevented many natural die-offs, and last year’s explosive acorn crop throughout much of the state should ensure a healthy number of squirrels jumping in the treetops this season. Combine this with the relatively low numbers of squirrel hunters visiting the woods as chasing bushytails has lost favor to deer and duck hunting and you have the makings for excellent hunting on public land with little chance of crowding.
Nearly every wildlife management area managed by the Arkansas Game and Fish Commission is open throughout the statewide season dates. A quick check with the current Arkansas Hunting Guidebook or visit to the “Where to Hunt” section of AGFC.com will guide you.

Many squirrel seekers like late January-February hunting for another reason. Snakes, which can cause some concerns for hunters in September and October, generally are not present during winter, so hunters don’t have to keep one eye on the ground in front of them and another eye looking toward treetops.

Long shots often are required for late-season squirrel hunting, as most of the trees in the woods have long-since shed their leaves. A keen-eyed hunter can spot squirrels bouncing in the treetops at 100 yards or more. That open view also makes it easier for the squirrel to notice a hunter trying to stalk within shotgun range, so the rimfire rifle is the preferred tool for most hunters this time of year. Many rimfire cartridges have been introduced through the years, and while some have definitely seen favor with some hunters, the .22 Long Rifle still remains the standard. It’s often the first firearm a young hunter receives, and it fits the bill perfectly for late winter hunts.

If a hunter does elect to go it with a shotgun, a 12- or 20-gauge with high-brass shells loaded with lead no. 4 shot will give a little extra distance to get to the treetops in mature hardwoods. Lead shot is allowed for squirrel hunting on most WMAs, but hunters should be mindful to double-check the regulations for the specific area they will be hunting. Many national wildlife refuges require the use of non-toxic shot regardless of the game species being pursued.

AGFC Fishing Report for the Week of March 24