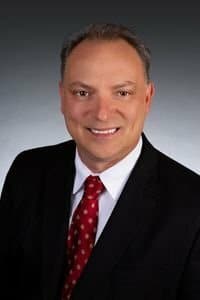 “Serving the people of Randolph, Sharp, Fulton, and Baxter counties has been an honor. While we have lost portions of Baxter county due to redistricting, I am excited to continue to serve our part of Arkansas. I have been a conservative voice in Little Rock supporting issues that impact rural Arkansas, like lower taxes, small business friendly policies, and opposing federal government mandates. I humbly ask for your support for re-election,” said Davis.

For the 93rd General Assembly, Representative Davis serves on the House Public Health, Welfare and Labor Committee, the House Aging, Children and Youth, Legislative and Military Affairs Committee, the Joint Performance Review Committee, and Co-Chair of the Task Force on Autism.

Representative Davis has voted for the largest reduction in income tax in Arkansas’ history, as well as reducing the number of government agencies, reducing job-killing red tape, and voting to keep Arkansas the number one most pro-life state in the country. In addition to being strongly pro-life, Marsh is a proud supporter of the Second Amendment.

Marsh attended Arkansas State University where he was a member of the Lambda Chi Alpha Fraternity, and graduated with aBachelor’s of Science in Zoology. He attended the University of Arkansas for Medical Sciences and received his Doctor of Pharmacy degree and is a practicing pharmacist. Marsh was born in Memphis, TN and Raised in Ash Flat, AR. He is married to Shea Bryant Davisand together they have three children.

Doc Washburn to speak in Melbourne