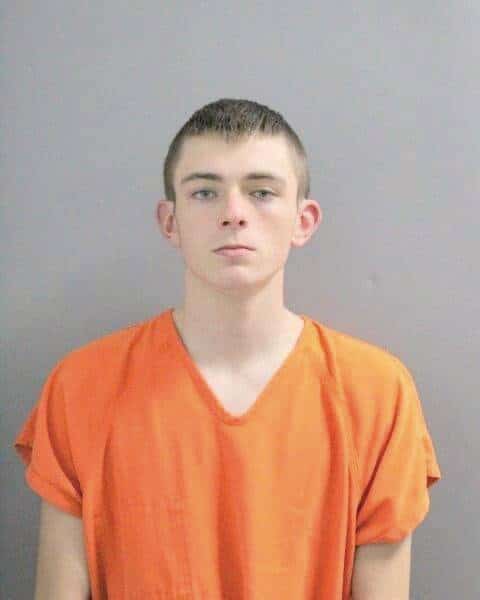 Multiple felony charges have been added to the stack Jacoby Goehler is facing following the murder of Davidlee Stansbury, 19, of Salem earlier this year.

The new charges stem from an incident in late June when authorities were notified by Fulton County Jail staff that a possible plan of escape was being made.

According to jail staff, a concerned family member of one of the inmates contacted jail staff and said Goehler, currently being held in the Fulton County Jail, had broken a vent in the bathroom of his barracks and was making weapons.

Jail staff was instructed to conduct a jail search and discovered eight, 1.5 inch wide and 8.75-inch-long pieces of metal, six small pieces of metal that could be sharpened and a blanket that had been torn into two strips approximately seven feet long.

The items were in Goehler’s bed area.

On June 21, Investigator Dale Weaver of the Fulton County Sheriff’s Office interviewed the inmate about the issue. Weaver learned Goehler had obtained the items and was “wanting to kill or be killed in an attempt to escape incarceration,” the report said.

The inmate said Goehler was waiting on his attorney to come before acting on the plan and that Goehler had also commented about attempting to scale the recreational area wall.

As a result, the new charges were filed on June 22 and are on file at the Fulton County Courthouse.