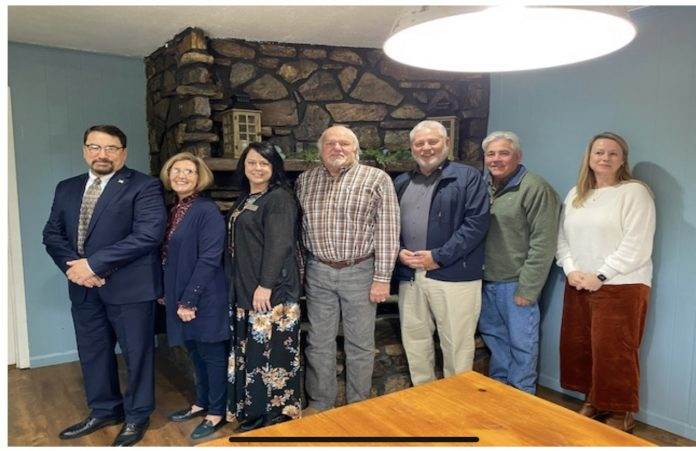 New Beginnings Pregnancy Help Center (NBPHC) of Ash Flat has received a tremendous blessing from the son of former residents in Cherokee Village.

William and Hope Griffin, Sr. moved into their new home in 1983 and began an active lifestyle of golf and volunteerism.

Bill Sr. was a decorated Army veteran who also maintained a global ham radio station from their home.

Bill Sr. and Hope frequently entertained family and friends in their home, and made a real difference in the community.

In their memory, son Bill Jr. felt donating his parent’s residence to New Beginnings would provide a legacy of assisting others as they exhibited throughout their lives.

The transfer of the home and four lots was completed in December, with the assistance of local firms including Edward Jones Investments, Sharp County Title, and Goings and Associates.

The property is currently being evaluated prior to a planned sale. Improvements such as a new HVAC system by Cushman Electric and a new hot water heater by Woods Plumbing are near completion.

Businesses mentioned have donated time and services to assist in these efforts and New Beginnings welcomes any further donations of time or funds to prepare the property for sale. Contents of the property were also included in the generous donation, and will be relocated to the Second Chance store in Ash Flat for sale.

Laura Lute, NBPHC Director, and the Board of Directors have expressed their sincere appreciation to the Griffin family and have named the Hope Counseling Room after Mrs. Griffin.

This donation is particularly timely due to cancelation of other scheduled fundraising efforts over the last two years.

Should you be interested in donating to the preparations of the property, please contact New Beginnings at 870-994-5433. Sale of the home will be announced in the near future.