Hallmark Times It matters to us, too...
Home Events Kamp Kia Kima/Old Kia Kima by Brooks Gooch at Hardy History Association meeting May 5, 2022 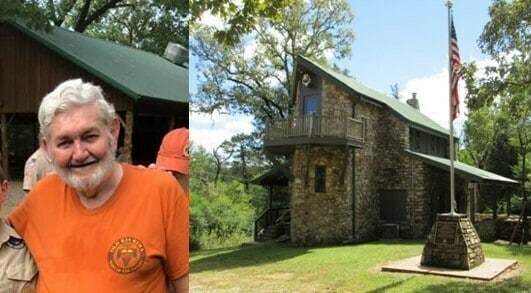 Brooks Gooch will present the Hardy History Association program at the May 5, 2022 monthly meeting at the Hardy Senior Center, 304 Johnston Street at 6:30 p.m. Brooks is from Selmer, Tennessee by way of Memphis and currently lives in Cherokee Village. Brooks first came to Hardy as a camper at Kamp Kia Kima in 1953. He attended every year, except in ’56, as a camper until 1958 when he joined staff. He served as ASM (assistant scout master) and SM with Troop 75. His last year on staff was 1961. While on staff, in 1960, he met his wife, Beverly. They married in 1962 and visited this area every year until they moved here after retirement. Brooks was an organizing member of the Old Kia Kima Preservation Association (OKKPA) from 1997 to the present. He is retired from the Memphis Police Department and Bellevue Baptist Church. We invite anyone interested in the history of Hardy, the Spring River, and surrounding area to join us for topics of interest at each monthly meeting.  For more information, call (870)