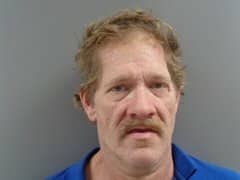 An Izard County man is behind bars after failing tocomply with registration requirements as a sex offender, a class C felony.

According to an affidavit for warrant of arrest, Mark Allen Benford, 55 was taken into custody after Izard County Investigator Tyler Webb and Arkansas Department of Community Corrections Officers Joshua Morehead and Hunter Boles conducted a home visit at the registered residence of Benford.

At this time, it was determined Benford was residing elsewhere.

On Nov. 3, Benford was classified as an absconderas he had not made contact with the ADCC.

Bedford has previously been found guilty and convicted of at least one prior felony violation classifying him as a habitual offender.