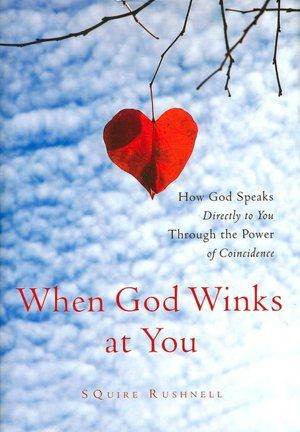 I was working with Roger Uher on a cut telephone cable one day when I was still working for AT&T. Roger seemed down and I asked him if everything was ok. He explained his Grandpa had passed away. He told me the funeral was on Thursday. I felt a tug in my heart to attend that funeral. I knew where that tug was coming from. I decided to take off work and go support my friend at the funeral. I had never met his grandpa, but I knew Mike, Roger’s dad, also.

Several days later we were working together again on a job and Roger said. “I need to tell you something.”

Roger said, “I have to tell you how much it meant to me that you took off work and came to my grandpa’s funeral. You came, and you did not even know my grandpa, never met him.”

I said, “Roger, I came to support you and your dad during a difficult time in your lives.”

I had felt led by the Holy Spirit to go to that funeral. I knew it was a little unusual to go to a funeral for someone you never met, but I went. A short time later Roger asked me about the church I went to. I told him the name of our church and where it was. He said, “My wife and I along with our two kids will be there Sunday.” I thought to myself, that is cool. After a few months Roger’s family accepted Christ and joined the church and started serving in a ministry. It was not till this next thing happened, that I put it all together into a God Wink.

Several months later I am driving down highway 62 in Fayetteville, AR. I was on my way to Home Depot. I had a project I wanted to get done that day. Suddenly, out of nowhere, the Holy Spirit spoke to my heart and said call Mike Uher and invite him and his wife to lunch at Catfish Hole. I responded in my mind with a ‘no’, I do not have time to do that. I must get to Home Depot and get the supplies I need. Then I heard in my heart, make time now. I argued back and forth for at least 5 minutes before I pulled over and called Mike. I knew he would be home which was 10 miles the wrong direction. This was not going to happen anyway, but I will call!

“Hey Mike, Jim Everett here. I am in Fayetteville and I was wondering if you and Jackie would like to meet me for lunch at Catfish Hole, my treat?”

Mike said, “You bet!  We just happen to be in Fayetteville for a doctor appointment and we just now left the doctor’s office. We can be there in 10 minutes.”

“Ok, Mike, I will see you there!” I was amazed that he was available and said ‘yes.’ I wondered what God was up to. Ok, I will follow this through.

We get to the restaurant and we are eating our lunch, when out of nowhere I say, “I want to invite you and Jackie to come to church.”

Mike said, “Well, Jim we have been hearing good things about that church from Roger and his family, but the truth is, we were just waiting for someone to invite us to come. We will be there on Sunday.” I was completely speechless and could not believe what just happened. God had orchestrated that moment in time. What if I had said ‘no’ to that voice in my heart? What if I had put MY plans before of HIS plans?

Several months later Mike and Jackie also accepted Christ and joined the church. They have been members now for about 8 years. That was a God Wink! Only God could have orchestrated those two families to all end up together at the same church worshipping and serving Him.

So many times, in life God uses us to meet a need or be at a certain place at a certain time to speak to someone or help a person in some way. We often think it might be a coincidence, but I prefer God Winks! Always listen for that still quiet voice in your heart, it is His Holy Spirit urging you into action. No matter how busy you are make sure you take time out for Jesus because He took time for you.

I need your seat and your parking place

This is a friend request from God

A father’s love has no bounds