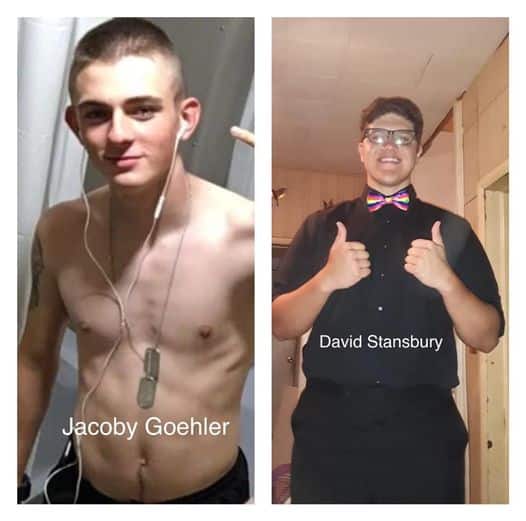 A Fulton County man has been charged with murder in the first degree according to documents filed at the Fulton a county Courthouse. Although the records have been sealed, Jacoby Austin Goehler, 20, of Salem has been charged in the murder of David Stansbury, 19.

On April 24, the mother of Stansbury posted a plea for help to find her son who had said he was going to help a friend and would return in an hours time, however; he did not return. Authorities were notified and the search began for Stansbury.

Bond for Goehler was set by Fulton County Judge Larry Kissee April 26. A $500,000 cash only bond was ordered.

“On Friday April 23, the Salem Police received a missing person report on 19-year-old Davidlee Allen Kane Stansbury. David had left home that morning around 4:00 a.m. with a close fried and had not been heard from all day by the family. In the early evening, Sheriff Al Roork received information that 19-year-old Jacoby Austin Goehler, of Salem, had killed his friend Davidlee. Chief Deputy Joe Boshears and Salem Officer Phillip Taylor saw Jacoby at his residence in Salem and took him into custody. Police attempted to interview Jacoby but he would not talk to police.

At 2:00 a.m., on April 24, a probable cause affidavit for warrant of arrest was prepared by Fulton County Investigator Dale Weaver for Murder in the First Degree of Davidlee Stansbury by Jacoby Goehler. Judge Larry Kissee signed a warrant for Jacoby Goehler and affixed a half million dollar cash only bond.

Late Monday afternoon April 26, the Fulton County Sheriff’s Department located the body of Davidlee about five miles north on Republican Road and about a half a mile west of the road in thick woods. It appears he was shot. The body has been sent to the Arkansas Crime Lab in Little Rock for autopsy.

The Salem Police and the Fulton County Sheriff’s Department went nonstop until this was resolved and we found Davidlee. Special thanks to Baxter County Sheriff John Montgomery and Benny Magness for he helicopter search, and the Arkansas State Police Special Agents, and all the public that helped look for Davidlee. My heart goes out to the family of Davidlee. This is a close and loving family and all that knew Davidlee loved him.