Hallmark Times It matters to us, too...
HomeEmerson moves forward with renovations and plans to open
Featured

Emerson moves forward with renovations and plans to open 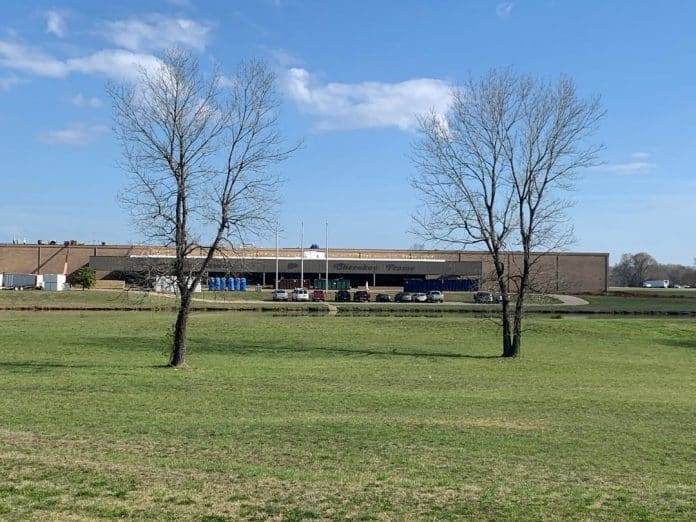 With the recent renovations taking place at the new Emerson facility, formerly known as the old Cherokee Vinco building in Ash Flat, some residents have been asking if the initial plans rolled out by Emerson in October of 2020 are still on track.

According to Scott Evans, Vice President Global Operations, Professional Tools – Emerson Commercial & Residential Solutions, if the weather is cooperative, partial occupancy and some manufacturing will begin next month.

“There are many steps and details involved in a project of this nature, which is what makes preparation of our new Ash Flat location both exciting and a challenge. The roof replacement and renovation began once we concluded a public bidding process, which was only recently completed in early March.  Many areas within the plant building and their associated systems are nearing completion, including design and installation of our electrical and plumbing. If the weather cooperates, we plan to have partial occupancy and some manufacturing processes in place by mid-May,” Evans said.

Additionally Evans said the plans for the hiring process rolled out during the meeting in Ash Flat held at Ozarka College last year remain in place.

“Our hiring plans remain the same since our initial meetings in Ash Flat, and we continue to recruit and interview candidates.  Several great people have already been hired and will support early production, and we look forward to meeting more people in the region and building the Ash Flat team,” Evans said. “Emerson greatly appreciates everyone’s support since we announced this project and began renovation of the Ash Flat facility. We feel very welcome in Arkansas!”