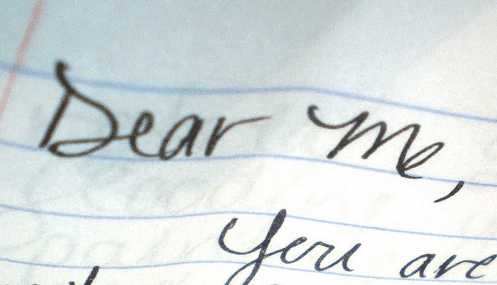 Well, it’s another Sunday morning. 2 Timothy 3:16-17 (ESV), “All Scripture is breathed out by God and profitable for teaching, for reproof, for correction, and for training in righteousness, that the man of God may be competent, equipped for every good work.”

As long as I can remember my dad would say a boughten lesson is worth two given ones. Meaning we should learn from our mistakes. I was listening to the message radio the other day and the song “Dear Younger Me” by MercyMe came on. Now I have heard this song a ton of times and never really thought much about it when I did, but when I heard it this time God said, “Are you listening to this.” I said, “I am now God,” cause when God asks, you better be truthful and you better do as He wants. A lesson learned the hard way by me, several times. I know most have heard it, it starts out saying, “Dear younger me, Where do I start? If I could tell you everything that I have learned so far. Then you could be one step ahead of all the painful memories still running thru my head. I wonder how much different things would be, dear younger me.“

When I heard this the flood gates of memories opened up,  I remembered all my young times at the “big House” where we lived when I was a child. I remembered where we moved and stayed and all of the stupid things I did while at these places. I thought how much would I have changed if I had a letter from me now. I would not have gone down those other paths that I traveled. We read in, 1 Corinthians 10:13 (ESV) this, “No temptation has overtaken you that is not common to man. God is faithful, and he will not let you be tempted beyond your ability, but with the temptation he will also provide the way of escape, that you may be able to endure it.”  See, if I would have had that letter I would have never been tempted in the first place.

The song goes on to say this, “Dear younger me, I cannot decide, do I give some speech about how to get the most out of your life, or do I go deep and try to change the choices that you’ll make. Cuz they’re choices that made me. Even though I love this crazy life, sometimes I wish it was a smoother ride, dear younger me.” Now there some truth for you, I have said so many times that I have loved my life, the truth is it was bumpy at best a lot of times, and I would have loved for it to be a smoother ride, it just wasn’t.

In Matthew 7:7-8 (ESV) Jesus tells us this, “Ask, and it will be given to you; seek, and you will find; knock, and it will be opened to you. For everyone who asks receives, and the one who seeks finds, and to the one who knocks it will be opened.” All we need to do is ask. See, if I would have had a letter from my older self I would have known that and would not have wasted my time running blindly down paths not knowing or caring what waited around the corner. All I would have needed to do was ask, but I didn’t have a letter. I chose the knuckle headed way of approaching things that I always did and it led me to places I shouldn’t have been. Does that sound familiar?

So the song goes on to say this, “If I knew then what I know now, condemnation would’ve had no power. My joy, my pain, would’ve never been my worth. If I knew then what I know now, would’ve not been hard to figure out what I would’ve changed if I had heard, dear younger me, it’s not your fault you were never meant to carry this beyond the cross.” See, if we could just write a letter to our younger selves and tell us that through God’s amazing Grace we are washed clean of our stupid moves and that the words written in red are truly the road maps to our salvation. Jesus said in John, 3:16-17 (ESV) “For God so loved the world, that he gave his only Son, that whoever believes in him should not perish but have eternal life. For God did not send his Son into the world to condemn the world, but in order that the world might be saved through him.”

Here is the fact, we are who we are because of our walk, not in spite of it. Would I have changed who I am? I don’t think so. I am pretty happy with who I am now. The song goes on to say, “Every Mountain, every valley, thru each heartache you will see, Every moment brings you closer to who you were meant to be, dear younger me.”  It says, “you are holy, you are righteous, you are one of the redeemed. Set apart. A brand new heart. You are free indeed.” If I added anything to this, I would add, be yourself, be who God made you to be . We all have a purpose, it’s just not made clear to us yet, but it will be. Know this too, God truly loves each and every one of you and so do I.

What He did for us