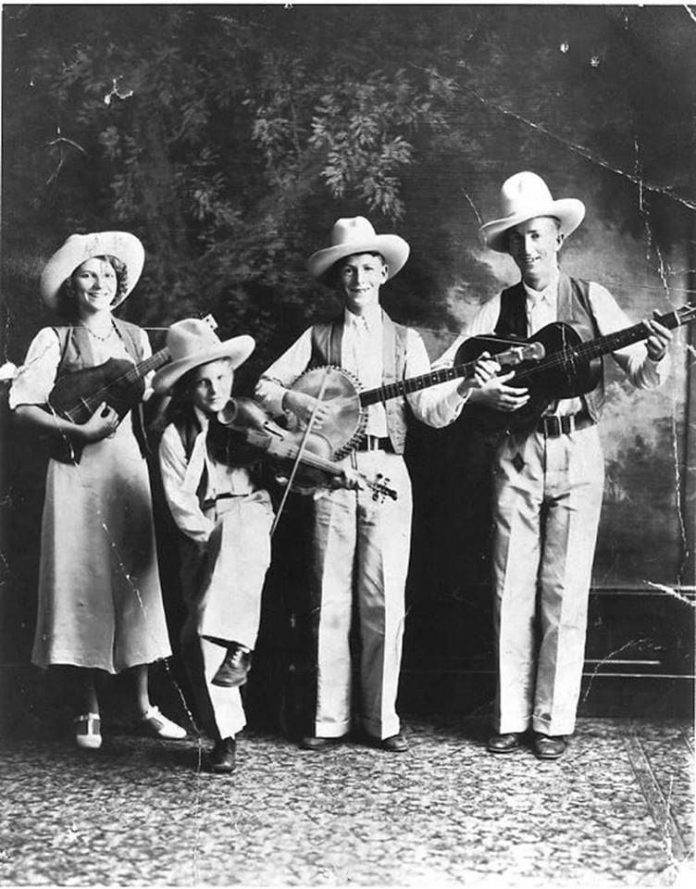 The Arkansas Country Music Awards are proud to announce Elton Britt, The Original Rhodes Show, and Bill Carter as the 2021 Lifetime Achievement Award recipients. They will be honored at the annual awards show on Monday, June 7 at the Reynolds Performance Hall on the UCA in campus in Conway.

Country music journalist and historian Charles Haymes said, “The class of 2021 is a remarkable mix of Arkansans. From a colorful, flag waving star of the 1940s to one of the early touring family bands in America to one of the most important non-performers that the country music industry has ever known, this class defines both unique and meaningful to our music culture and history.”

With movie star looks and a unique, yodeling vocal style, Britt was a popular star in his era. He recorded with RCA Victor Records from 1937 to 1956. The Marshall (Searcy County) native is best known for his 1942 smash hit “There’s a Star Spangled Banner Waving Somewhere.” This recording was the first in country music history to earn a Gold record. As matter of fact, the song sold more than four million copies. His hits include ‘Someday (You’ll Want Me to Want You),” “Detour,” “Candy Kisses,” and “Beyond the Sunset.” In 1960, Britt received a star on the Hollywood Walk of Fame. In 1972, he died at the age of 58.

The sibling foursome of The Original Rhodes Show began as a band in 1928 when Slim Rhodes, who was born in Poughkeepsie (Sharp County), was joined by brothers Speck Rhodes, Dusty Rhodes, and sister Bea Rhodes. During the 1930s and 1940s, the group was a mainstay on local radio in Arkansas, multiple National radio shows, and countless tours from Arkansas to California. As time passed, Slim formed his own group, The Mountaineers; Speck became a highly popular comedian on The Porter Wagoner Show; Dusty, who was a great fiddler, carried on the Rhodes family show with his own family band; and Bea, who played multiple instruments, remained an Arkansas resident. The Original Rhodes Show’s memory lives on as they laid the groundwork for family bands to follow.

Born in Rector (Clay County), Carter has done it all. Following a stint in the U.S. Air Force, Carter graduated from Arkansas State University, served as a secret service agent during the time of John F. Kennedy’s assassination, and returned to school to finish his law degree. As a lawyer, he represented a wide mix of clients, including the Rolling Stones. In the mid-1970s, he was instrumental in negotiating Tanya Tucker’s contract with MCA Records.

In the 1980s, he managed Reba McEntire during one of the biggest periods of her career. In 2006, his autobiography, Get Carter, was published. He was key in coordinating the Johnny Cash Music Festival, which paved the way for the restoration of Cash’s boyhood home in Dyess. Carter’s accomplishments are steep, and he remains an important Arkansas figure.

Arkansas Yarn Crawl on the calendar