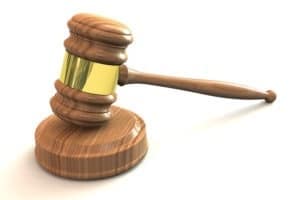 On Oct. 26, the final order approving the settlement of the class action lawsuit against the Cherokee Village Suburban Improvement District (SID), City of Cherokee Village and American Land Company was filed in the Sharp and Fulton County Clerk’s office.

The final hearing for the settlement was held Oct. 20, but left many property owners asking the question “what now?”

In addition to the financial uncertainties as the SID fees are returned to their former rate set prior to 2019 and the funds provided to the city by the SID are severed, both bodies of government have held several meetings to determine the next steps.

The 2018 assessments of benefits will be reestablished within the district with an assessed benefit equal to 36 percent of the county assessed land value for 2021, however; it is not an even cut across the board for all property owners.

The example given is an appraised property at $30,000 will be capped at $7,400 instead of $10,800 and the SID may charge up to six percent interest on the agreed assessed benefit.

The district cannot increase the levies in excess of 10 percent unless improvements are made or new amenities are introduced.

Also included in the settlement is a clause giving property owners a 90-day window to file to receive partial reimbursement from the difference in the assessment of benefits for the years 2019, 2020 and 2021.

Although property owners will be given a 90-day window, their reimbursement will be paid out in part over a seven-year period beginning July 1, 2022, and after the seven-year period has expired the SID will be released from its obligation to reimburse.

“If the sale of delinquent lots pays off all the claimsbefore the seven-year period, the District will be released from this obligation and all further proceeds from the sale of delinquent lot sales shall be deemed abandoned and escheat to the District pursuant to Ark Code 26-35-902. If the claims are not paid off during the seven-year period, the amount of unpaid claims are waived by the agreement of the parties,” the settlement states.

Many property owners have an interest in filing a claim to be reimbursed for the excess fees which were deemed unlawful though the suit.

Both the SID and City have posted the claim form on their websites and property owners have 90 days to complete and return the form. After the 90-daywindow, any property owner who did not submit a claim form, forfeits their right for partial reimbursement. (https://www.cherokeevillage.org/SIDS2021/ExhibitAClaimForm.pdf) (https://cvsid.org/about-us/)

Property owners with claims can submit the claim form by mail or e-mail to mail Tim Hutchinson, P.O. Box 1788, Fayetteville, AR 72702 or by email tothutchinson@rmp.law or nlutz@rmp.law. You mayalso contact Tim Hutchinson by phone at: 479-443-2705.

Facebook
Previous articleAFL new book: Splat the Cat – What was that?
Next articleNational Cat Day is Oct. 29