Where are the nine? 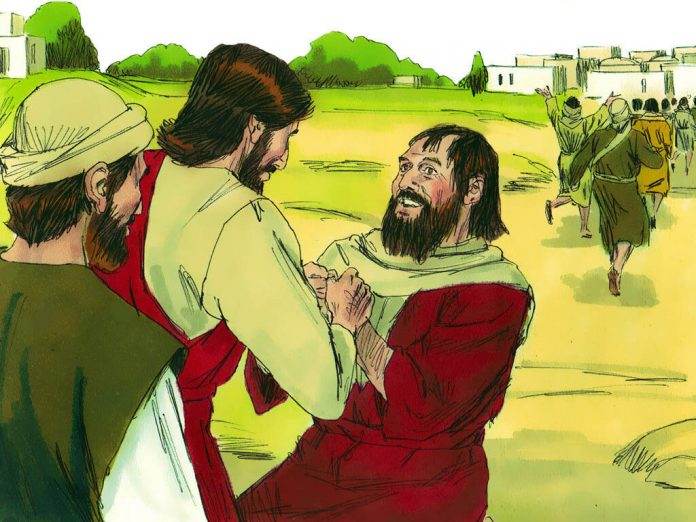 Luke 17:11-19 “Now on his way to Jerusalem, Jesus traveled along the border between Samaria and Galilee. As he was going into a village, ten men who had leprosy met him. They stood at a distance and called out in a loud voice, “Jesus, Master, have pity on us!” When he saw them, he said, “Go, show yourselves to the priests.” And as they went, they were cleansed. One of them, when he saw he was healed, came back, praising God in a loud voice. He threw himself at Jesus’ feet and thanked him and he was a Samaritan. Jesus asked, “Were not all ten cleansed? Where are the other nine? Has no one returned to give praise to God except this foreigner?” Then he said to him, “Rise and go; your faith has made you well.””

As we enter a season of celebrating Thanksgiving, I think it is important to look back at this event. These ten men were outcasts in the village. They had to stay a good distance away from others passing by. They were considered unclean due to a skin disease comparable with leprosy. They had to cry out “unclean” to warn others not to approach them. These ten men had to call out to Jesus in a loud voice so He could hear them. Jesus did not approach them or touch them. He simply told them to go and show themselves to the Priest. In faith they went on their way to the Priest. At some point, one of them noticed he was healed and returns to Jesus to give thanks. This one was a Samaritan! Jews had no dealings with Samaritans and Samaritans had no dealings with Jews. These men were all grouped together because of their disease. Jesus does not see Jew or Samaritan; he sees someone who had faith in Him.

Jesus is taken aback that only one returned to give thanks. This is an indication that the Lord is looking for some sort of thanks when He works in someone’s life. He is looking for that response. He misses it when it is not there. He notices it when we “forget” to thank him. This man received more than just healing, he also received salvation as Jesus made him whole.

Is it possible when Jesus works in our lives that we often forget to give Him the thanks and praise He deserves? We are thankful inside for healing. We acknowledge who healed us to our doctors and friends. We are grateful and thankful. What is missing here? It is incredibly important to stop, pause and be intentional in expressing out thankfulness and gratitude to the Lord. It is not enough to feel thankful. He wants to hear from us.

Even in a human perspective we often wait for that “thanks” from someone we have blessed. We wait to hope for some small acknowledgement that they noticed an effort. We are a bit selfish about it. Jesus was both God and human at that event. He was perplexed that only one person offered any form of gratitude. A Jew heals a Samaritan, and the Samaritan was the only one who came back.

At times, I find it refreshing to give thanks to God when I am alone. I often come to him and begin my prayer by saying I am not coming to you ask for anything today. I simply want to say thank you for what you are doing in my life. I thank him for specifics too. I think it must be refreshing to God to hear a prayer of thanks without one request. So often we give Him a to do list and forget to thank Him for what He has already done. Take a moment out of your day and remember to thank Him for His many blessings.

As you gather with family and friends this Thanksgiving, please be aware of those moments in our lives when God was there to bring us through. Give Him thanks. Express your thankfulness from the bottom of your heart to the one who loves you more than anyone who ever could. He deserves it and He loves hearing from us. If you have a request maybe save it for another prayer. Make this prayer only a conversation offering up your sincere appreciation for how He watches over your life and meets your every need. Don’t be one of the nine, be the one who comes to the feet of Jesus in thanks.

The power of grace