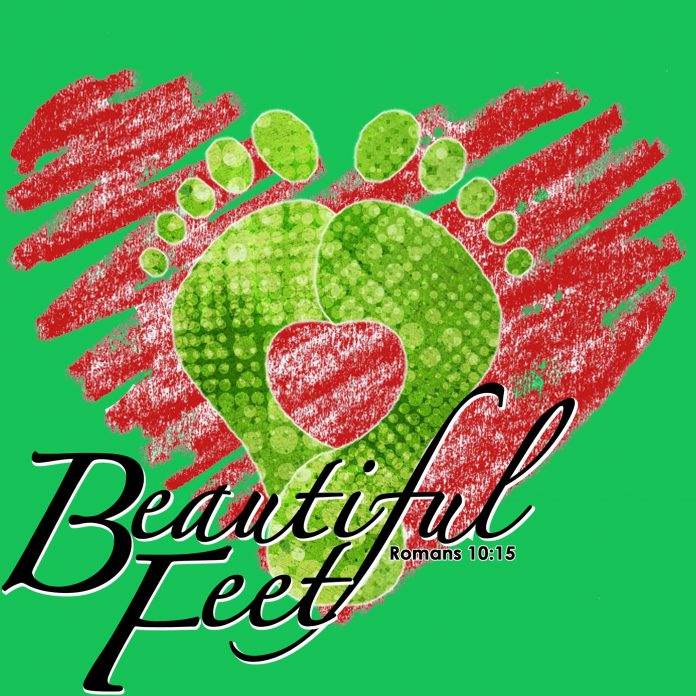 “A father of the fatherless, and a defender of the widows, is God in His holy habitation. God settles the lonely in families; He leads the prisoners out to prosperity, but the rebellious dwell in a sun-scorched land.” Psalm 68: 5-6 NIV

Do you remember the television game show Truth or Consequences? In case you are not old enough to recall the show, this is how it played out: The contestants on the game show had two minutes to answer a question. If they did not answer correctly before the buzzer went off, they had to face the consequences. When a contestant found themselves facing their consequences, they would be required to perform some embarrassing stunt in front of an entire television studio audience and millions who were watching from their television sets at home. The Producer, Ralph Edwards, would often refer to himself and the other producers by asking the audience, “Aren’t we devils?” The contestants endured being laughed at while performing their consequence.

Sometimes I think we do not take the consequences that God has promised for the disobedient and rebellious very seriously.

I think most of us like to think of God as the “Big Man Upstairs,” or,  maybe, we think of Him like a genie in a bottle. He is up there patiently waiting for one of us to find Him so that He can grant our wishes.

We tend to forget God is holy. He has a sacred agenda. He also has prepared consequences for those who choose the path of rebellion and disobedience.

Regardless of how fast things are changing in our world, we can rely on this truth; God remains the same. He is the same today as He was when Psalm 68 was written. His agenda has not changed, and neither have the consequences for rebellion and disobedience.

Yes, it is true, we are blessed to live in an age of grace, but grace is not a get-out-of-jail-free card that we can pull out whenever we decide to go our own way or behave any way we desire.

We were bought at a price. A price neither you nor I could ever re-pay.

As the days grow darker, our focus should be more narrowed toward the things of God.

God has a place for you at His table. Do not miss out on His plan for you because of being dead set on having things your way.

Remember, our choices have consequences. Those choices can bring us closer to the God who created us and gave His all for us, or they can put us in a dry, sun-scorched place. The choice is ours.

Pamela Fair
Maya Angelou once said, "You may not control all the events that happen to you, but you can decide not to be reduced by them." This statement resonates with me. My past experiences have made me a stronger person eager to use my story to inspire and help others see that regardless of who they are or where they have been, there is always hope and to know the ability to rise above circumstances lies within. Each day, I strive to walk in faith and hope surrounded by my family and friends' love and encouragement. I am blessed to have a life full of experiences, some good, some bad, and my ambition is to use those experiences to enrich those around me. I am a local business owner and church Executive Assistant in Highland, Arkansas. I am a wife, mother, grandmother, and student. My passion is to help those in need who are ready and willing to do the necessary work it takes to help themselves. Assisting individuals who have experienced trauma, loss, stress, grief, and various life changes are the drive behind attending Southwestern Assemblies of God University to obtain my associate degree in Human Services. I plan to further my education in this field by getting my bachelor's degree in behavioral health. I hope to use my experiences and knowledge to encourage, strengthen, and facilitate assistance to those who are in need. I am also working alongside my husband in the community as an Automotive Collision Repair Facility owner. It has been a great privilege to assist my husband in pursuing his lifelong dream. We enjoy our work together, and it is an exciting experience for me to learn his field of expertise and engage with so many phenomenal people in our area. I am a fun-loving individual who thrives on living life and pursuing dreams! I am an avid chess player, a lover of all things feline, and a big fan of essential oils! At the age of 50, I decided to return to school to earn my GED. Since then, I have become a member of Phi Theta Kappa and a Notary Public. I have completed credentials for ministry, became a certified grant writer, trained in hospital chaplaincy, and certified in Christ-Centered leadership. Additionally, I am a member of the North American Christian Social Workers Association (NACSW), where I have been trained in "The Role of Christian Faith and Spirituality in the Grieving Process" and "Suicide Prevention for Christians in Social Work." I am an active member of the Spring River Chamber of Commerce and the Spring River Car Club. My faith is a huge part of my desire and passion for helping others. I strive to always be, as Christ, a light in this world and in the lives of others. In John 8:12, Jesus says, "I am the light of the world. Whoever follows me will never walk in darkness but will have the light of life." I endeavor to help others see the light in the darkness. About Beautiful Feet: Romans 10:15 (NIV) And how can they preach unless they are sent? As it is written, "How beautiful are the feet of those who bring good news!" "For every circumstance and season of life, God has promises that offer direction, peace, perspective and wisdom. "Bible Promises for You" is a collection of promises taken from the New International Version of the Bible and is categorized by topic for easy reference." God led Jimmy and Pam Fair, in 2015, to partner with Highland Assembly of God, to GIVE Bible Promise Books, Devotionals, and Bibles to anyone who needs direction, peace, perspective, and wisdom. Contact Highland Assembly or Pam Fair for more information. 870-856-3886