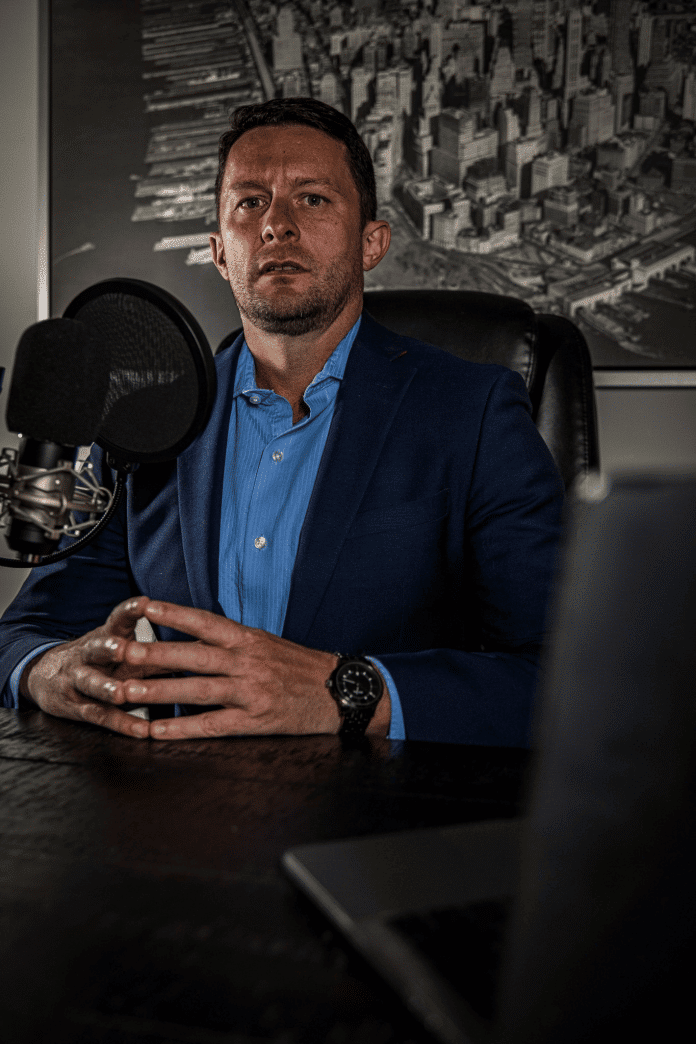 Author and journalist George Jared was searching for a new writing project when the COVID-19 pandemic hit in March 2020. At the time, he’d already written three true crime books, and when his college-age daughter, Megan, asked if she could co-write a book with him, he decided to write his first fiction book, “A Novel Wait”.

The book was released a couple of months ago and the reception has largely been positive, Jared told The Hallmark Times. He is slated to host a book signing for his latest collaborative work Aug. 7 at the Ash Flat Library from 10 a.m. to 12 noon.

“Pretty pleased with how the book has been received so far,” he said. “The only disappointing part is the number of bookstores that have shutdown in recent months. It’s much harder to plan book signings with so many stores gone, and there are still limits in other venues due to the pandemic.”

The book opens with a young female journalist, Nova Sydney Castle working for a magazine in New York City. She meets with an older mysterious scientist who is a suspect in the cold case murder of his wife a decade before. The scientist claims a mysterious plague is infecting people in Asia and it will arrive soon in the U.S.

As the plot thickens, Nova has to decide – report on what she’s discovered or hide. Jared said some of the parallels in the book and what is happening in real time now with the pandemic are interesting.

One part of the process that he really enjoyed was co-writing the book with his daughter.

“She’s a brilliant writer,” he said. “I did most of the writing, but there were certain parts where I wanted a strong female perspective. She had a lot of plot ideas that I thought were very good.”

Jared, a longtime journalist, recently gave a presentation at CrimeCon in Austin, Tx., with his true crime partner Jennifer Bucholtz. It’s the largest true crime conference in the world and other featured speakers included Dr. Phil and Nancy Grace.

“It was an honor to be asked to speak at CrimeCon for sure,” he said. “Made a lot of good connections there.”

Jared began his journalist career at Areawide Media in Salem. He also worked stints at the Baxter Bulletin, the Jonesboro Sun, Arkansas Business and others. He is currently a writer at Talk Business & Politics, a media company based in Little Rock.

During his career he’s covered a number of high profile criminal cases including the notorious West Memphis Three case. In 2016 he wrote a book, “Witches in West Memphis” about the case. He followed that with his second book “The Creek Side Bones” an anthology style book that covers several cases including the heinous murder of the Elliott family in Dalton on July 29, 1998.

His last true crime book, “Whispers in the Willows,”profiled among other cases updates in the Rebekah Gould murder case, one that he’s written about since she vanished on or about Sept. 20, 2004.

His current project includes hosting his own podcast, “Diamond State: Murder Board.” The podcast, co-hosted and produced by Andrew Brown, covers mostly criminal cases from Arkansas and around the country, but does include other stories that he’s been tied to through the years.

Why write and talk about so many murder cases?

“You know its funny because I write about a lot of different things – business, politics, features, entertainment, education, history etc. – but I consistently get asked questions about the murder cases I’ve covered,” he said. “It’s what people want to talk about most of the time. I don’t mind.”