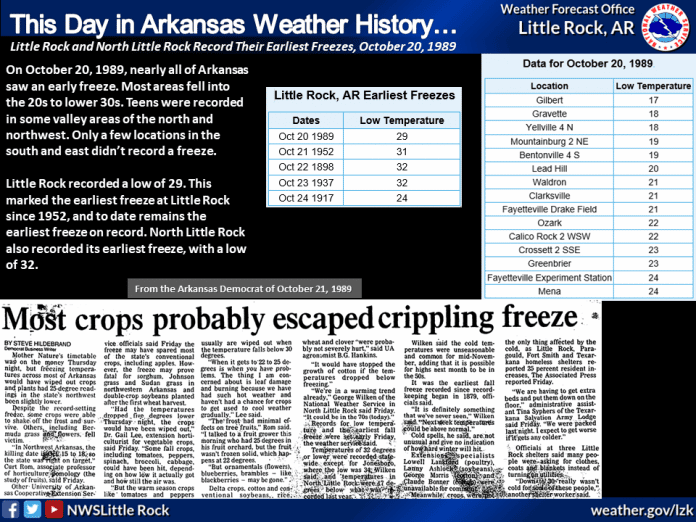 Most areas fell into the 20s to lower 30s. Teens were recorded in some valley areas of the north and northwest. Only a few locations in the south and east didn’t record a freeze. Little Rock recorded a low of 29.