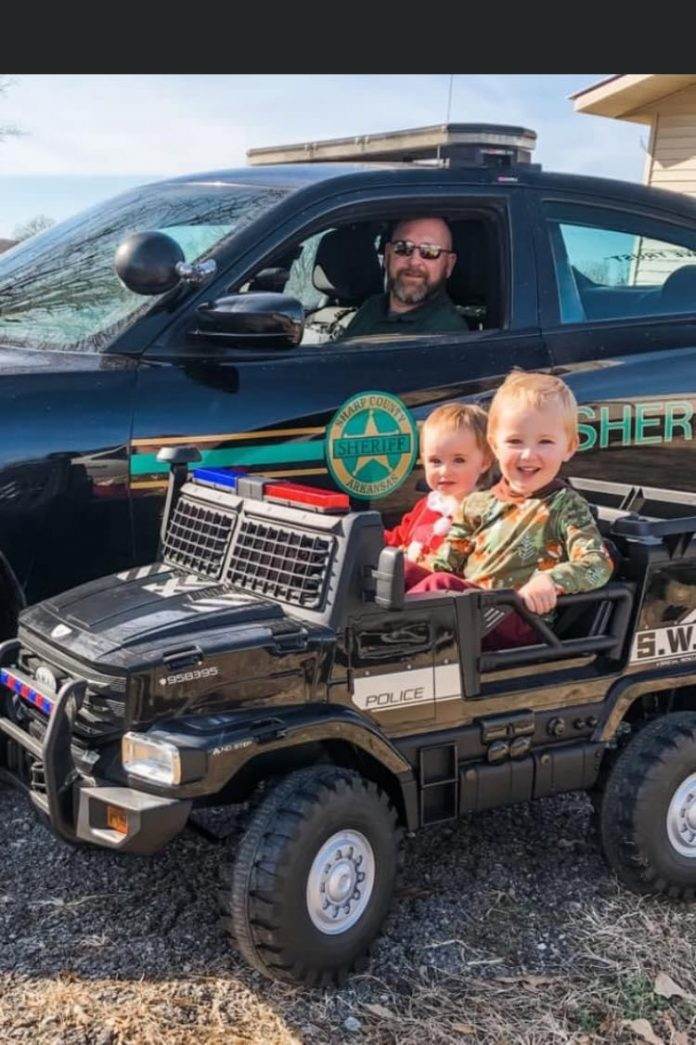 It is not uncommon for law enforcement officers to go above and beyond in the line of duty to honor their commitment to protect and serve their communities.

Recently, Sharp County Deputy Dennis Gay exhibited the best of what law enforcement represents after utilizing his training to save the life of an injured woman.

Earlier this month, Deputy Gay was dispatched to a residence near Highway 115 for a report of a gunshot wound. When he arrived, Gay found the victim lying on the floor of a bedroom in the home bleeding profusely.

“Blood was actively pumping out of both wounds,” Gay noted in his report.

Deputy Gay wasted no time rendering aid to the victim who by this time was in and out of consciousness. Quickly applying a tourniquet and utilizing a technique known as a sternum rub, the deputy worked to encourage the victim to continue to fight for life.

As other officers arrived on scene to help, the Spring River Ambulance Service soon arrived, and the victim was loaded and transported for treatment of the severe injuries.

No foul play was suspected in the incident.

“This kind of incident isn’t something we see every single day but knowing what and how to do about it when it does is important,” Sharp County Chief Deputy Arron Presser said. “We have been fortunate and have received donations in the past from the Spring River Ambulance Service to help provide us with the equipment we need to save lives if we can.”

Presser refereed to a donation of AED devices and training. He also noted donations from Survival Flight, numerous businesses and citizens have made a difference.

“I’m a certified instructor for Stop the Bleed and when it comes to calls like the one Dennis responded to, that training comes in handy. He saved the victims life. He did a good job,” Presser said. “We also have NARCAN which we’re trained to use and unfortunately, have had to use it more than we’d like, but when it’s needed, it can save a life.”

Presser commended Deputy Gay as well as other responding officers and the Spring River Ambulance Service for their fast response and ability to appropriately handle the situation.