Hallmark Times It matters to us, too...
HomeWeather ExtraRelief on the horizon
Weather Extra

Relief on the horizon 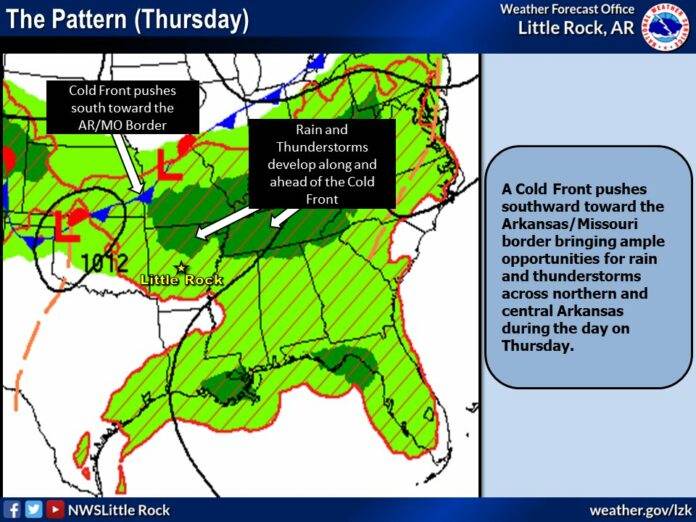 A cold front will move into Arkansas later in the week. The cold front will bring numerous chances for rain and thunderstorms across the Natural State beginning on Thursday and lasting into the weekend as the Cold Front is forecast to become a Stationary Front on Saturday.

It remains too soon to nail down total rainfall amounts over this period; however, this frontal boundary will bring Arkansas its best chance for widespread rainfall that we have seen in several weeks.