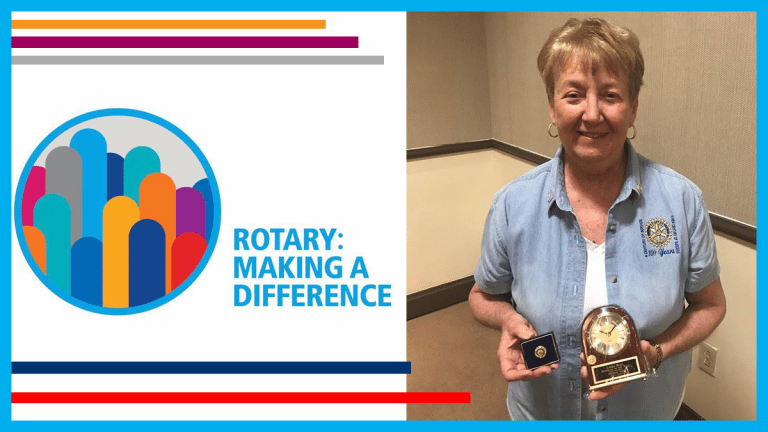 Quad Cities club president Linda Hall was the recipient of the Rotarian of the Year Award for the district.