Penix sentenced to 25 years for rape 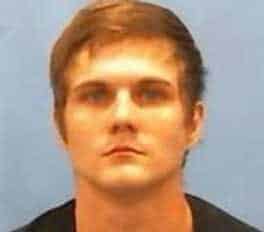 Following a three-day jury trial, Joey Penix, 24 of Imboden, was sentenced to 25 years in prison June 4, in Lawrence County for the rape of an infant by Judge Rob Ratton.

According to a release from Third Judicial District Prosecuting Attorney Ryan Cooper, a jury of seven women and five men found Joey Allen Penix guilty of rape and sentenced him to the Arkansas Department of Corrections.

“The lead prosecutor on the case, Jerrod Slayton, along with Sexual Assault Prosecutor John Pettie, and Ryan Wallace represented the State of Arkansas. The evidence presented was the result of a joint investigation of the Highland Police Department, Sharp County Sheriff’s Office, and the Crimes Against Children Division of the Arkansas State Police, with the assistance of the Lawrence County Sheriff’s Office,” Cooper said.

Penix will be required to serve at least 70 percent of his sentence before parole eligibility.

The charges to which Penix was found guilty stemmed from an incident in 2020.

On Dec. 1, 2020, Highland Police Officer Jeff Hamilton was dispatched to the emergency room in Cherokee Village regarding the possible assault of an infant.

When Hamilton arrived, a nurse who had examined the victim told Hamilton injuries were present which clearly showed signs the victim had been sexually assaulted.

The doctor on shift agreed the diagnosis was consistent with the nurse’s findings and the infant was transported to Children’s Hospital in Little Rock for treatment of injuries.

During a post-Miranda Interview at the Highland Police Department at which Arkansas State Police Investigator McKenzie Jackson was present, Penix admitted to hurting the child.