Hallmark Times It matters to us, too...
HomeCommunity NoticesMark "The Flatlander" Gordon to be judge at the 2021 World Champion...
Hometown Highlights 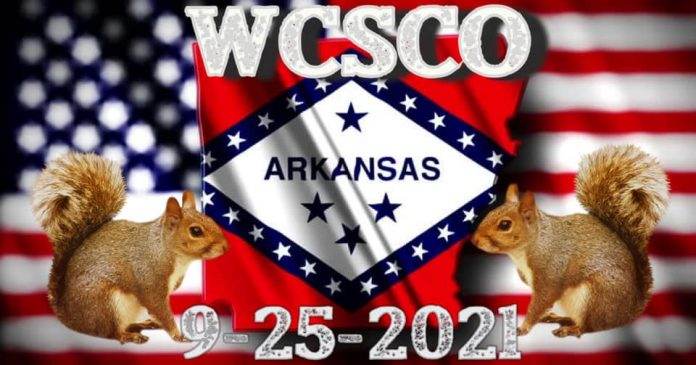 Mark “Flatlander” Gordon will be one of our judges at the 2021 WCSCO. You might remember this feller from that cable show Clash of the Ozarks that made us all so proud. Since that show Mark had his bare feet placed in the muddy banks of the Spring River in Hardy, Arkansas. But that’s not all, Mark also has had time to publish a cook book. This cook book has allowed Mark the freedom of unbuttoning all the structural support side buttons on his overalls. Yep, he knows squirrel he also knows many styles of cooking.

Mark will be sitting at the judges table on September 25 in Bentonville Arkansas for the WORLD CHAMPION SQUIRREL COOK OFF. Money from the books goes to support Steaks 4 Sheepdogs. You can order his book via Venmo or at one of these joints…A Basket of Flowers and Gifts in West Memphis, Townsend Spice in Melbourne, Kiser’s Floor Fashions in Memphis, Diamond J Farm and Ranch in Beebe, Delta Farm Products in Wynne, Ozark Crafts Mall in Hardy, Cannon’s Farm Center in Drasco, Red River Farm and Ranch in Heber Springs, or at Powell Feed and Milling in Harrison, Arkansas.

On Mark: “My bio would be a little fat boy that grew up in the Arkansas Delta, eating everything the Mid-South was cooking. My first job was cooking. Moved to the hills and partnered in two restaurants, cooking in both. Personality and cook on two outdoor shows. Arkansas Outlaws and What’s in the Pot??, which led, somehow, to being the bad guy (Flatlander) on Discovery Channel’s Clash of the Ozarks… which further led to my own cooking program, line of spices and this cookbook, The Flatlander’s REDNECK Epicurious… Cooking with Mark Gordon and Friends. That ain’t my whole story, but it’s my only qualifications to be a judge…’cept I love grey Squirrel more than steak if it’s done right.” And he is a By God an American Flatlander.