HomeCrimeMan sentenced to more than a century in prison
Crime

Man sentenced to more than a century in prison 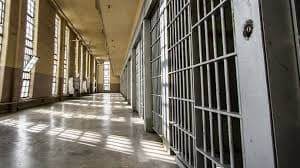 A Newport man has been sentenced to 175 years in prison. According to a release from the Third Judicial District Prosecuting Attorney’s Office, on Nov. 2, 33-year- old Thomas Brannon, Jr appeared in court before Judge Rob Ratton.

Brannon was found guilty on multiple felony charges including rape and pandering/possession of child pornography.

The State of Arkansas was represented by Deputy Prosecuting Attorney John Pettie and his team who focus on sexual assault and child victim cases in the Third Judicial District.

“The charges stemmed from a multiagency investigation including the exceptional efforts of the Arkansas State Police and Newport Police Department,” Prosecuting Attorney Ryan Cooper said.

The case initially began with the collection of digital evidence from Brannon’s electronic devices by the Arkansas State Police after a cyber tip.

“Thomas Brannon’s sentencing brings to a close, a heart-breaking and shocking chapter In the fight against sexual abuse of children in the third district and it is the hope of the Prosecuting Attorney’s Office that the survivors will go on to lead fulfilling lives in the absence of these child predators,” Cooper said.