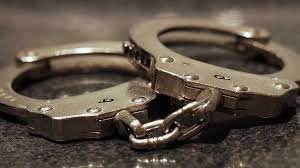 According to a report from the Sharp County Sheriff’s Department, at approximately 10:30 a.m., Detective Cham Buchanan received a report of a stolen horse and riding equipment that occurred around 1 a.m. that morning.

The horse, Royal Muchacho, is a sorrel mare, pure bred quarter horses and is valued at over $25,000.

The mare and equipment had been taken from a location on Saddle Club Road in Sharp County.

During her investigation, Detective Buchanan acquired security footage from multiple businesses which showed a male riding a horse matching the description of Royal Muchacho.

After obtaining an address, Detective Buchanan and DetectiveCody Bailey contacted law enforcement in Mammoth Spring to inform them of the situation. When the detectives arrived on scene, from the roadway, they could see a saddle sitting on the side of a truck along with a horse matching the description of Royal Muchacho in the back yard.

The detectives contacted Schamel and his mother. Schamel was advised of his rights and his mother said Schamel had brought the horse to the house at approximately 8 a.m.

When asked where the horse came from, Schamel stated it belonged to him. He was still wearing the clothing seen in multiple security videos.

The owners were notified their property had been recovered and that they could come and retrieve the horse and equipment which had been taken.

Schamel was taken into custody and transported to the Sharp County Detention Center.

During a post-Miranda interview, Schamel stated he had taken the horse and equipment due to lack of transportation.

Facebook
Previous articleThe most common vaccinations for your cat and dog
Next articleWeather Map July 21, 2021