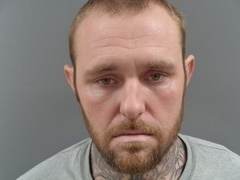 An Izard County man is facing a class C felony after failing to report his address to the sex offender registry.

Investigator Tyler Webb contacted Officer Cody Gilbert with the Arkansas Department of Community Corrections regarding the delinquency notice to confirm it was the case.

Langston was placed under arrest and charged with duty to register or verify registration generally is a class “C” Felony and a bond of $10,000 was issued.