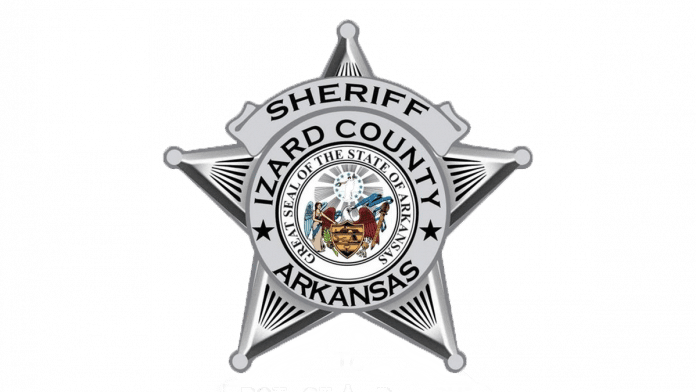 The Izard County Sheriff’s Office was notified around 4:30 p.m. Sunday afternoon, October 17, 2021, of an incident at 212 Allen Street in Melbourne. According to Chief Deputy Charley Melton, a female caller said there was a male at her home that had been hit in the head with a baseball bat. When officers arrived, they found the 25-year-old victim lying on the floor with obvious wounds to the head and other parts of his body.

Melton said the victim told officers he was asleep and was awakened by a man striking him on the back of his head with a baseball bat.The man kept hitting him, according to the victim, while the female started taking items from the house.

The Melbourne Fire Department, along with Vital Link EMS and Survival Flight were all dispatched to the location. The victim was then transported by Survival Flight to a Little Rock hospital.

Melton said, Izard County deputies started canvasing the area. Interviews with neighbors were also conducted. Information gathered earlier in the evening after a traffic stop by an Izard County Deputy was instrumental in helping identify the suspects. As a result, three people were taken into custody and are awaited formal charges, Melton said.

Later in the day, charges were filed against the three individuals. Two are juveniles that have been charged as adults in the Sunday night incident that resulted in injuries to a Melbourne man. According to Chief Deputy Charley Melton, those charged include Darrian Charlesoneil Woodward, 18, of Melbourne; Isabel Alise Nolan, 17, of Melbourne; and Landon Reese Thomas, 16, of Horseshoe Bend.

According to the affidavits for arrest, Woodward, Nolan and Thomas are each charged with residential burglary and battery in the First Degree, which are B felonies.

All three were charged in connection with the incident at 212 Allen Street on Sunday around 4:35 p.m. Melton said when officers arrived, they discovered a 25-year-old victim on the kitchen floor who had been struck on the back of his head and both his arms.

The responding officer noticed the victim’s head was in a blood-soaked towel and both his forearms and elbows appeared to be broken.The victim told the officer he was asleep and laying on his stomach when he was awakened by a man striking him on the back of his head with a baseball bat.The victim said the man was wearing a mask and when he moved to the corner, he struck him several more times. He also said the man pressed the barrel of a pistol against his forehead. During this time, the victim said the female was taking stuff from the home and placing the items in a backpack.

Vital Link then arrived on scene and transported the victim to Survival Flight that was waiting to transport him to UAMS. A neighbor was able to give a description of a male and female he had observed near the location.

Information was also obtained that Darian Woodward was possibly connected to the burglary after one of the deputies observed Woodward near the area. Investigators spoke with Woodward who admitted to driving the juveniles to the location. He also provided officers with the names of both the male and female.

Woodward said the juveniles told him they had disposed of the bat and items taken from the home.

The juvenile suspects were then transported to the Izard County Sheriff’s Office and questioned with their parents or guardian present. B felonies carry a range of punishment at the Arkansas Department of Correction of 5 to 20 years and a $15,000 fine.