Father and son face charges after assaulting yet another family 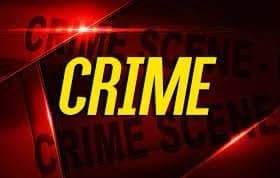 Jeremy Holmes, 41 and Alonzo Holmes, 24, of Mammoth Spring are once again to appear before the courts following the attack of yet another family, this time, the incident occurred in Mammoth Spring.

According to an affidavit filed in the 16th Judicial District, earlier this month, on June 13, a family was traveling on Weatherstone Road turned on to U.S. Highway 63.

While making their way, the Holmes’ began to pass the family on the driver’s side and while doing so, Alonzo opted to throw a water bottle at the family’s vehicle and flipped them off.

The occupants included a grandfather, his daughter and a two-year-old child.

Jeremy who was driving then pulled in front of the family, slamming on the breaks causing both vehicles to stop in the middle of the highway.

Jeremy then exited his vehicle and began screaming and cussing at the family while Alonzo halfway exited the vehicle and pointed a gun at them.

The victims then sped around the Holmes’ to prevent being shot. Despite best efforts to avoid further conflict. Alonso fired a round from the pistol while the family attempted to flee.

No physical injuries occurred from the incident, but a shell casing was found at the scene where the incident occurred.

This is not the first time Jeremy and Alonzo have attacked a family. In September of 2018, charges were filed by the Third Judicial District following an incident that occurred at a Mcdonald’s in Hardy after the Holmes attacked a biracial family and their children.

During the incident in 2018, a family was attempting to leave McDonald’s when a Dodge Charger occupied by the Holmes pulled alongside and began yelling at them using racial slurs.

Jeremy then spat out of the window onto the children sitting in the back seat of the vehicle.

An altercation between the children’s father and Alonzo then ensued during which the father struck Alonzo with his fist. Alonzo then picked up a large rock and threw it at the rear window of the vehicle shattering the glass which then landed on the children sitting in the back.

Jeremy had exited the vehicle by this time and returned to retrieve a knife slashing the right rear tire of the victim’s vehicle.

The two then reentered their vehicle and left, leaving a cellphone behind on the ground.

The two were later arrested and charged. At the time, both men entered a no-contest plea and were found guilty of multiple charges.

In the most recent incident, documents filed June 23, show both Jeremy and Alonzo have been charged with Aggravated Assault, a class D felony. Jeremy, who has been convicted of multiple felony charges in the past, also has an enhancement as a habitual offender.