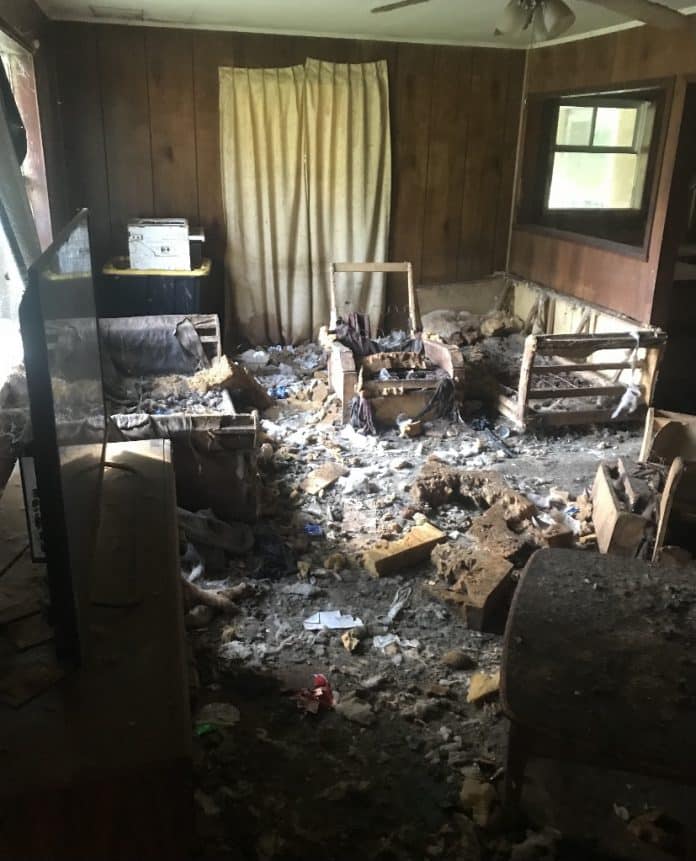 Heidi L. Holland and Tracy Toller, of Williford will face 19 counts each of cruelty to animals following the discovery of multiple dogs which had been left for an extended period of time without water or food, left to die.

Holland and Toller were renting a home in Williford with 19 dogs located at the residence, however; despite renting the home, the couple relocated just blocks away and left the animals inside the home and in an enclosure in the yard.

On Aug. 22, Deputy Marc Boyd with the Sharp County Sheriff’s Department received a call from the property owner at a residence in Williford requesting a welfare check as they had not heard from the renters.

The caller requested the check as she had been told there were two dogs deceased still inside the home.

Neighbours of the home spoke with HallmarkTimes and stated they could smell a foul odor coming from the residence and were also concerned.

Boyd then came to a room in the home which was padlocked, however; he could hear a cat meowing.

It was apparent the dogs through out the house had died in intervals.

There were three small dogs emaciated, malnourished and dehydrated still alive in the home.

After contacting a local rescue shelter, Boyd received assistance from the Small Animal Foster and Support organization (soon to be renamed 4 the Love of Paws) which helped him search the home thoroughly for any living animals.

If you would like to support the recovery of the animals which have been rescued, please contact Sarah Malo, found of Small Animal Foster and Support by calling 870-955-0185.

According to neighbours residing in Williford, neither Holland nor Toller have returned to the home since the discovery of the corpses of the animals.