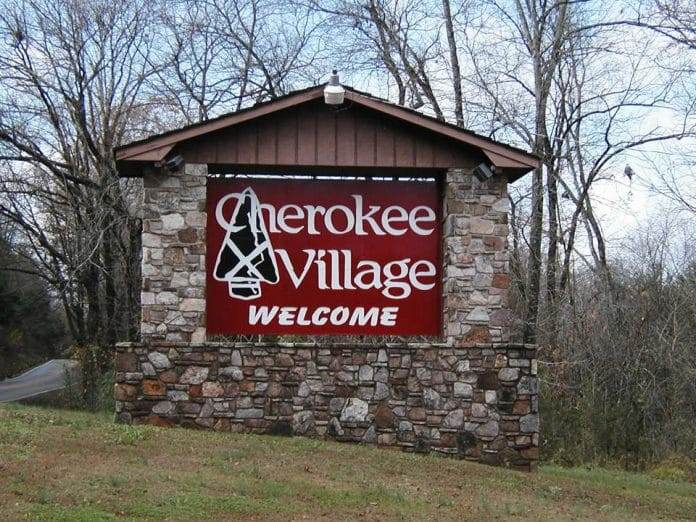 The Cherokee Village city council met Nov. 18 for their regular monthly meeting. Councilman Eddie Ishmael was absent with all others present.

During his report, Mayor Russell Stokes reminded citizens that when burning leaves and brush, they must first call and alert Baseheart Fire Station. Mayor Stokes stressed the importance of never leaving a fire unattended.

During the fire department report, Councilman Robert Smith raised the concern to Chief Johnny Pendarvis that with the recent staffing cuts, the fire department may find it difficult to continue to provide the same amount of lift and medical assistance as years past. Chief Pendarvis addressed the concern by stating that the department would most likely not be able to keep up and that he has alerted the local ambulance service of the issue. Councilman Chuck Kristopeit inquired about the possibility of longer response times now that the fire department has a shortage of manpower and two closed stations. Chief Pendarvis stated that although it could influence response times,  he did not see it causing a significant  difference.

Under other department reports,  Mayor Stokes updated the council that the two new police cars are in the process of being built and are expected to be delivered within the time frame of three weeks to a month.

The City finished out their curbside pickup with a total of 172 households participating in the event.

Elaine Watson was appointed to Cherokee Village Advertising and Promotion Commission.  Ms. Watson is a resident of Cherokee Village where she owns and manages several Airbnbs. The Cherokee Village Street Committee appointed Tom Thorton as their new  Chairperson after former Chairperson Chuck McMahon left a vacancy. Since Mr. Thorton was promoted within the committee,  his prior seat remains vacant.

Under old business,  a correction was made in the amount of money to be dispersed to eligible city employees under the American Rescue Plan.  Last month at the October City Council meeting, a resolution was passed approving the $190,000 given to the city.  Mayor Stokes was advised later on that the amount is $223,000. These funds will be awarded to the 35 city employees who worked and risked exposure to Covid-19 during the pandemic.

After Councilman Martin took his seat with fellow council members his first order of business was to express his disapproval on the consideration of a proposed 1% sales tax increase measure.
“First of all, I don’t think I could make a decision without seeing what the budget is. It would be kind of crazy for me to say yes, we should increase taxes, without knowing what we are spending it on.” Martin said.
Councilman Steve Thompson rebutted Martin’s argument, reminding everyone of the remaining shortfall that exists even after the recent department cuts.
“Regardless of how we got here, we are here. My comment this evening would be that we have to come forward no matter what our opinionis of how we got to this point. I strongly recommend that council, as well as every citizen, that is looking at the safety of this community, primarily the police and fire, that if we are going to maintain 24 hour service in these two departments alone, then this is going to be a critical addition.” The department heads have cut as deeply and drastically as they can, but there is a shortfall and that is the reality of it.” Thmpson said.
Councilman Kristopeit expressed his concerns with a shortage of information.
“Mayor, I would like to see a clearer picture of the changes that are being made because if we are going to present this to the public, there’s going to be questions of well, what’s being cut and how is this going to affect us right now that’s caused us to come up with the 1%. ” Kristopeit said.

Councilman Smith joined the discussion as well. “The only thing we are doing tonight is approving this to go before the the voters.” Smith said.
Councilwoman Pamela Rowland interjected into the discussion.
“Can I please interrupt? The discussion that is going on is actually one that we need to be having once we have a budget in front of us and I would propose that we have a special working meeting for that. I believe I heard the Mayor mention that. I think tonight,  all that is being proposed to us is to allow the attorney to prepare the paperwork,  not that we are or are not going to proceed forward with it. So, I would like to stop the conversation and save that for when it’s appropriate. I would like to make the motion that we allow the attorney to go forward with the paperwork and then we can decide rather or not to move forward once we have the appropriate information. ” Rowland said.

After Councilwoman Rowland’s motion was seconded by Councilman Smith, the council unanimously passed the motion to allow the city attorney to prepare the ballot measure paperwork for council’s review.  If the city moves forward, the measure for a 1% sales tax increase could appear on the  May 2022 ballot.

Dave Gruger addressed the council during public comments. Mr. Gruger is one of the citizens that serves on the Economic Development Committee (EDC), which was formed to find alternate solutions to the city’s budget shortfall of roughly $800,000. The shortfall is the result of the October ruling on the litigation that involved the City of Cherokee Village,  Cherokee Village SID and American Land Company.

” Mr. Mayor I’m a little confused here because I think that the EDC, we discussed going up 2 1/2 to 2 3/4 and recommended recommending to y’all for consideration. Now all of a sudden, I’m hearing it’s 1%, which what we proposed in the EDC was enough to cover streets and fire to the level it has been prior to the layoffs, and to boot a $40.000 to $60,000 increase in each department. So, are we just spinning our wheels on this committee.” Gruger said.

“Well, that was the recommendation that came to the budget  committee and the budget committee decided they wanted to go with 1%. They felt that had a better chance of being accepted by the citizenery.” Mayor Stokes said.

The Economic Development Committee is looking at other possible options that will be presented to council in the near future.

The Cherokee Village City Council meets every third Thursday of each month at 6:30 p.m. at city hall.