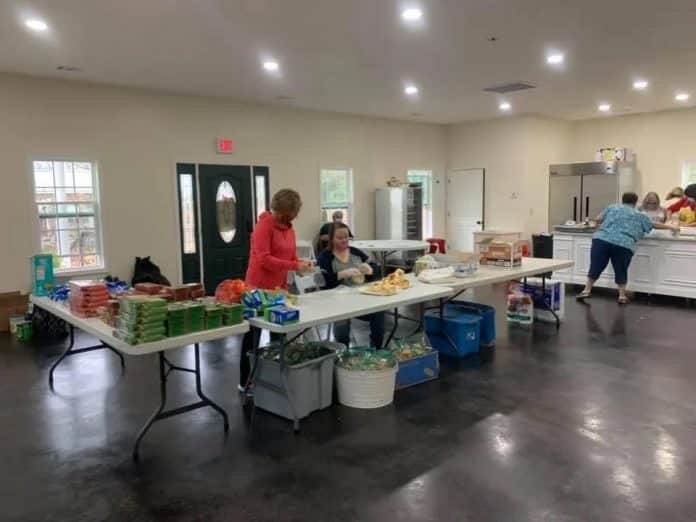 The second annual Cave City Christmas Feast and Coat Drive is slated to take place Dec. 11 from 11 a.m. until the food runs out at The Meadows in Cave City.

According to Pat Anderson, one of the coordinators for the event, last year was exceptionally successful not only in feeding those who attended but in providing coats for children in need.

“Last year, we made and gave out a little over 500 meals and this year we’re looking at about 750 meals,” Anderson said. “We are also collecting donations of coats which we will give out and if someone buys a coat and wants to donate it, they can call me. We have a place to store them.”

There is no cost for the meal and a plate will consist of grilled chicken, chicken and dressing, green beans, corn, mashed potatoes, a roll and dessert.

“Last year, we put this event together in about three weeks’ time, but this year, we started planning in October,” Anderson said. “Like last year, if a family cannot get out, they can call ahead, and someone will deliver at some point during the day.”

This now annual event which has brought smiles to faces not only in Cave City but as far as Thayer MO, was sparked from a simple post on social media.

“Pat had posted something about wanting to feed families in need. She didn’t have the commercial kitchen to cook in or the funds to back it but was serious about wanting to see it happen. I started thinking about it and we talked. Ultimately, a group of us got together and hosted it at The Meadow,” Brayden Fleetwood, co-event coordinator said.

This year’s event will make a big day in Cave City even bigger as it co-insides with the Cave City Christmas Parade.

“This year, it is on the same day as the parade, so people can come to eat with us, and then go enjoy the parade that night,” Anderson said.

The Cave City Kiwanis Christmas Matters Parade will be held Dec. 11 at 5 p.m.

For more information, to donate, volunteer or if you are unable to pick up a plate, contact Pat Anderson at 870-283-2285.