Hallmark Times It matters to us, too...
HomeWeatherArkansas Weather History - January 15-17, 1876
Weather 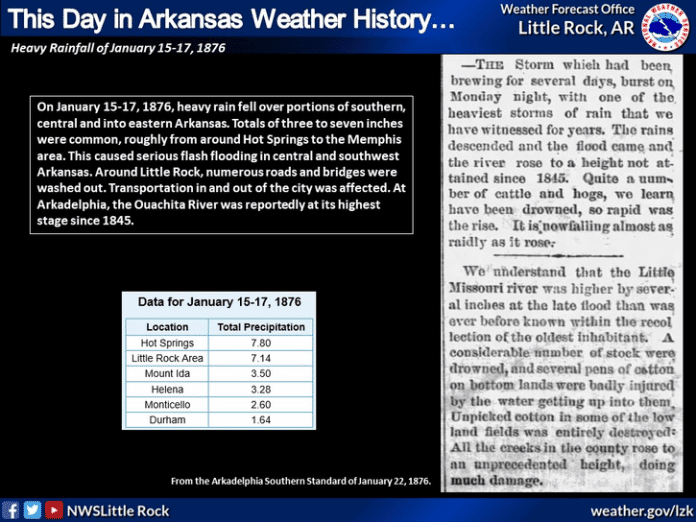 On January 15-17, 1876, heavy rain fell over portions of southern, central, and into eastern Arkansas. Totals of three to seven inches were common, roughly from around Hot Springs to the Memphis area. This caused serious flash flooding in central and southwest Arkansas. Around Little Rock, numerous roads and bridges were washed out. Transportation in and out of the city was affected. At Arkadelphia, the Ouachita River was reportedly at its highest stage since 1845.